The Russian military has introduced the Arterra-VT-3D desktop artillery simulator into service with the 1st Guards Tank Army, according to a 9 November announcement by the Russian MoD.

The system enables artillery personnel to practice the full range of engagement tasks, including fire control and coordination with various units, the MoD said, adding that ten different ammunition types can be ‘used’ over thousands of kilometres of simulated terrain, based electronic topographic maps.

In two separate 9 November reports, the MoD also covered the installation of new live fire targets at training ranges in Voronezh and Buryatia. The latter range received a moving target system, enabling a motorised rifle company to conduct paired target engagements. The Voronezh range received new targets intended to represent helicopters. These measure around 3.5×3.5 m and are installed on mechanism that elevates for the engagement. They are due for delivery by December.

Earlier in 2021, the MoD reported the introduction of a communications simulator for its Strategic Missile Forces. The Ministry now places greater emphasis on simulators, in order to improve the quality and frequency of training. The use of simulators and computer programmes has multiple benefits, including reduced wear and tear on actual vehicles, and reduction in ammunition costs.

The use of simulators is an increasingly relevant form of training for Russia as it transitions more of its armed forces to automated C2 systems. Simulating a digital environment ensures system familiarity and helps to build upon the professionalism of the Russian armed forces.

The increased number of contract soldiers in the Russian armed forces also necessitates a year-round training cycle, as opposed to the cyclical programmes engendered by conscription. This adds further costs to the training burden, so it follows that the use of simulators can be used to mitigate against this. 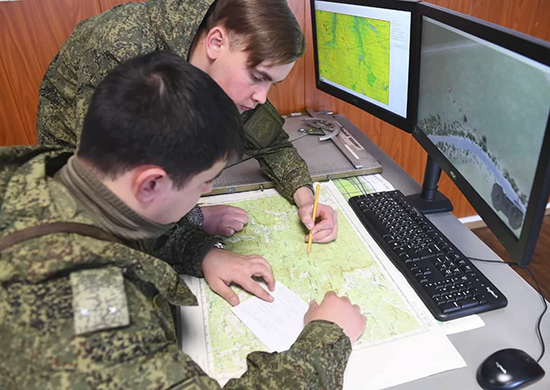 Russia is introducing a number of new training targets and an artillery simulator into service ahead of the winter training cycle. (Photo: Russian MoD)