FNSS launched its ambitious, much anticipated and full-featured Zırhlı Amfibi Hücum Araçları (ZAHA) or Marine Assault Vehicle (MAV) at IDEF on 1 May.

The vehicle has been eagerly awaited by industry and observers alike, since it occupies a space in the military inventory that very few other vehicles qualify for. The limited number of amphibious assault vehicle models is due principally to the challenging nature of the requirements deriving from the highly specialised demands of the mission. Very few nations have such vehicles in their inventories – and within NATO there is only one company other than FNSS producing vehicles in this class.

With a primary role to support the combat capabilities of marine forces, the MAV is being developed under a project being conducted by the Presidency of Defence Industries (SSB) to meet a requirement of Turkish Naval Forces Command. FNSS is to deliver a total of 27 vehicles: 23 in a personnel carrier configuration: two in a command and control (C2) variant; and two recovery vehicles.

Launching from the Landing Helicopter Dock (LHD) vessel, the MAV’s role will be to rapidly and safely cover the distance between vessel and shore, allowing forces to land under protection and with minimum delay. Compared to similar examples, MAV is expected to be superior in both the number of personnel transported by the vehicle (21) and in its ballistic/mine protection and performance criteria on land and in water.
The programme has now entered the Critical Design Review (CDR) phase, which will be conducted on the prototype vehicle which FNSS displayed on its booth at IDEF.

“[The] MAV has to make sure that marines reach the shore in the shortest time possible, both to ensure rapid movement and to minimise their exposure to threats while at sea. Once ashore, it should be able to operate effectively as an armoured combat vehicle, while also safeguarding the troops inside with superior ballistic and mine protection. To put it briefly, until the MAV made its appearance, there was no such vehicle on the market. We are developing MAV in response to the requirements of the Turkish Naval Forces, which carried out one of the most important amphibious operations in the last 50 years with great success. We are confident that friendly and allied nations with high amphibious operational requirements, particularly island countries like Indonesia, will also look to take advantage of MAV’s superior characteristics; and we look forward to working with them in the future,” commented FNSS General Manager and CEO, K. Nail Kurt.

Given the relatively few options open to Indonesia or any other prospective buyer – he may well be right! 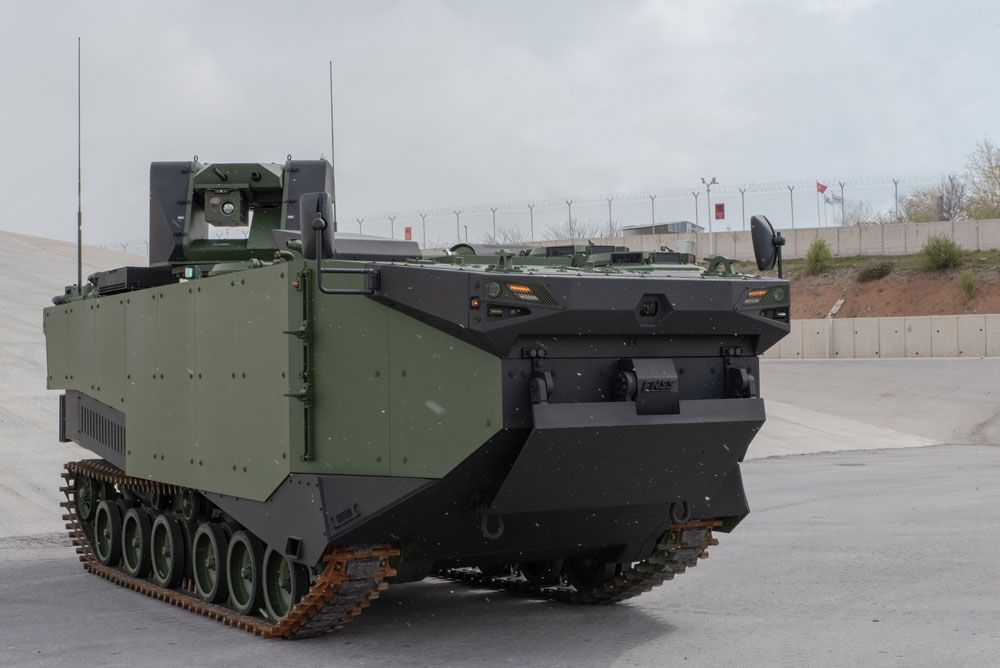