The event took place in early January, with CCTV saying that the new equipment is meant to enhance the command’s “emergency response capabilities,” particularly in terms of mobile firepower and air defence.

The report is the first this year on additional capabilities being provided to the PLAGF’s Xinjiang-based units, amid heightened tensions between China and India over a border dispute in the Himalayas. In May 2021 CCTV reported that Xinjiang Military Command had received elements of a medium combined arms battalion, including dozens of ZLB-09 (also known as Type 09)-series 8×8 platforms, and several ZTL-11 direct-fire-support vehicles, PLL-09 122mm SPH, CSK181 vehicles, and a number of reconnaissance and C2 platforms.

The command is also known to have been previously equipped with Z-8 helicopters, PHL-03 300mm MRL, Type 15 light tanks, PCL-161 SPH, and a new type of medevac vehicle.

For a brief video showing some of the new equipment delivered, click here. 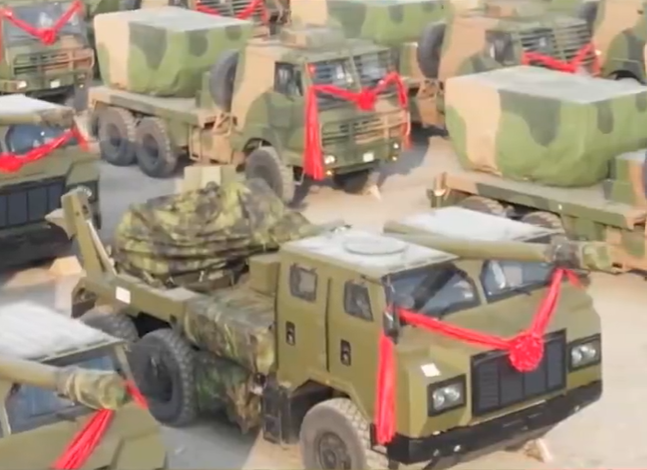