MONCh: How does your career differ from what you thought it would be when you left university?

Taly Kosberg Shmueli (TKS): During my MBA studies, I started working in an Israeli High-Tech company, Scitex Corporation, and I thought that it wouldn’t take too long for me to be promoted to a managerial role. However, when I came back from the maternity leave and told my boss I am interested in applying for a managerial role, he told me that because I’m a woman, I am not suitable for this role. I couldn’t accept it, and decided to leave the company.

I started working at another high-tech company, Eurocom communications, and got my first managerial role, from which I was later on promoted to other managerial roles in this company and others for which I worked later on.  However, during my time there I started to realise that this is a golden cage and I was looking for new challenges.

Right about then, Rami Shmueli, my husband started developing the first tactical aerostat system. He asked me to join him, and I decided to do so although I knew it was risky both from an economic and a personal point of view. Those were three tough but challenging years, when RT was a young and small company, and we worked hard to finalise developing the system while educating the market to be aware and believe in the new innovative aerostat system we built. As the VP of a young company, I was in charge of many different things and areas including finance, HR, project management, operations, and others. Today I am completing more than 13 years at RT, 13 years in which the company grew and evolved. Today we employ more than 40 employees, and sell high-end aerostat systems to many countries all over the world. RT’s SkyStar aerostat systems have completed more than 1.5 million operational hours.

MONCh: Has your career path surprised you and/or exceeded your expectations?

TKS: My career path surprised me, as I didn’t plan or expect to be self-employed and own a business. It exceeded my expectations, as the years in which I had the opportunity to build a company from the start and watch it grow taught me a lot and gave me the opportunity to be in charge of many different things in different areas of the business. Those years weren’t easy, but I have challenged myself, developed and gained lots of experience.

MONCh: What are the challenges you face as a woman working in the defence industry’s arena?

TKS: As I work in the defence arena, a lot of times I find myself to be the only woman in the room or at an important meeting. Although there are other women in this arena, a lot of them are in administrative roles, and just a small number of women occupy managerial positions in this arena. Though in my previous job at the High-tech industry there was also a majority of men, this gap between men and women is even more salient in the defence sector. As this arena is led by men most of them retired from high positions in defence forces, the whole organisational culture is military, very masculine, which makes it harder for women to fit in.

MONCh: Do you feel your time in the Israeli Defence Force (IDF) prepared you for your work in the defence business arena?

TKS: I served as an operational sergeant at a squadron in the Israeli air force. I think that this service helped me identify and improve my skills such as multitasking and the ability to think wide and see the complete picture. However, as all women in Israel are expected to serve in the army but you can only find a small number of women in meaningful roles in the Israeli defence industry, I can’t say that this is what prepared me for my work today. It helped, of course, but I think that my experience in business and in the job market contributed more.

MONCh: What are some of the insights or wisdom you gained in the IDF that help you in business today?

TKS: I believe that my service in the IDF gave me a good perspective on the defence market. I learned about the needs of the defence industry, and it helped me in understanding what the customer really needs. It was also an experience of working as a woman in a very masculine environment, so it also made me familiar with this kind of an organisational culture, and I learned how to fit in and take my position as required.

MONCh: What is the best advice you can give young women seeking a career in the defence industry?

TKS: Be assertive. A woman’s skills are worth at least the same as a man’s. Fit in the masculine organisational culture, but at the same time don’t forget to use your advantages as a woman. Women are excellent in multi-tasking, efficient, open, sensitive and great in building personal relations. As in every business and industry, remember that you are working with people. The personal connection is always important, and it doesn’t matter if you are selling computers, flowers, or aerostats.

Nevertheless, remember that you do always have to prove that you are capable and talented although you are a woman. You have to work twice as much as a man in this industry, and twice as hard as women in other industries. However, it is hard but possible and rewarding. And often, as a woman, you are able to reach places and accomplish things that men can’t.

COGES events – Eurosatory’s Organisers –  are a patron of Women in Defence International (WiDI) and have graciously provided a conference room for the Inaugural Meeting of WiDI on Wednesday, 13 June, from 14:00 to 15:00 hours, during the week of Eurosatory. For more information, contact Stephen Elliott here. 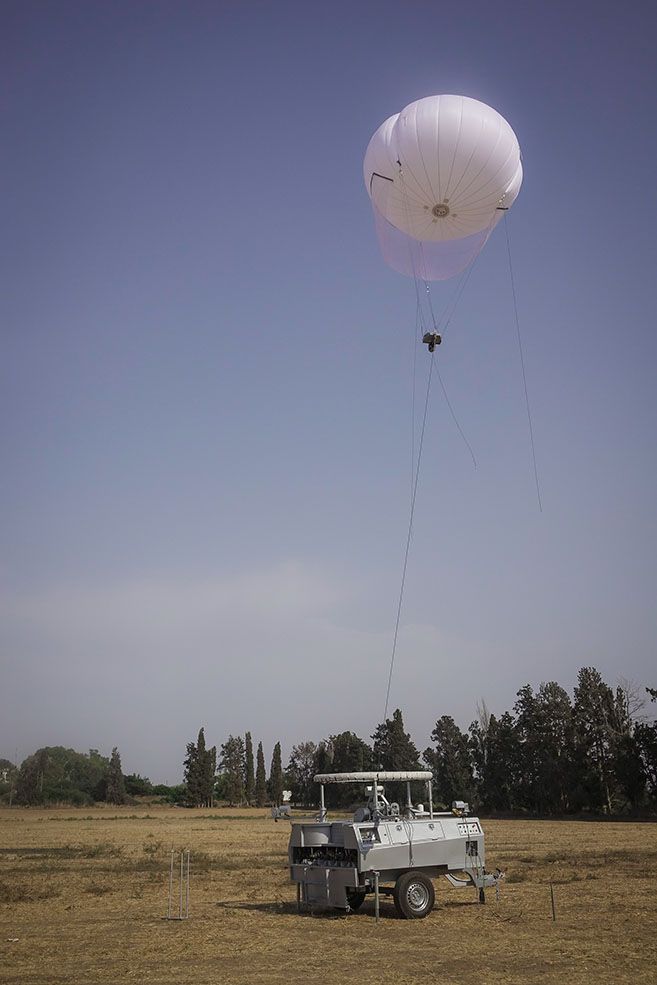