Why has Australia Gone Nuclear?

The shock move on 15 September – the announcement that Australia will procure SSNs from the US and UK under the new AUSUK partnership, simultaneously cancelling its existing A$90 billion (€56 billion) SEA 1000 ATTACK-class future submarine programme with France, after five years of development – is the of two main issues.

The SEA 1000 programme had not run smoothly. Delays achieving project milestones, cost increases and the failure to develop an Australian technology and skills base to support the programme, had soured relations between Canberra and Naval Group.

Second, there is a realisation that an SSK like the ATTACK, while capable, offers little in terms of revolutionary new capabilities that could better meet the threat from China in the decades ahead. According to Prof Marcus Hellyer from the Australian Strategic Policy Institute, the Australian DoD wanted a “regionally superior” submarine, but with the ATTACK-class it was “not going to have more than two or three on station” and in the Indo-Pacific this “is not a lot ,no matter how good the ATTACK-class is.”

SSKs are defensive platforms for sea control ,and most operators have an area of operations (AOO) relatively close to their home port or naval base. Therefore, SSK designs are based around this operational profile. “However, Australia operates in a very different way and [the SSKs] have to cover huge transit distances before we get to the area of operations,” Hellyer explained.

The Royal Australian Navy (RAN) wants to be forward-deployed, and its AOOs are in the wider Indo-Pacific region around the maritime choke points in Indonesia, the Strait of Malacca, South  and East China Seas, Indian Ocean and some parts of the Western Pacific. But the RAN’s two naval bases are located in Western Australia, at HMAS Stirling near Perth, and in New South Wales at Garden Island in Sydney. A quick look at a map will tell you how far its submarines will have to travel.

“Australian submarines use so much fuel and so much time getting to where you want to operate that it really eats into the time you have on station,” Hellyer observed. Although the ATTACK-class was expected to employ a pumpjet system to enable more efficient transit, at 4,500t it is the largest SSK design yet developed, to allow it to hold more fuel, batteries and use a new propulsion system to try and overcome the tyranny of distance. This may have worked to some extent increasing time on station compared to the existing COLLINS-class, but this does not solve the other problem of SSK operations.

“If you want to sort of operate in very dangerous contested environments, and you’re still, by virtue of the fact that you’re using diesel and batteries, going have to snort – that is when submarines are most vulnerable,” Hellyer said, “The Chinese have nuclear boats, and although they are not as good as American ones, they’d have an advantage over an Australian conventional boat […] If you want long range, long endurance, high weapons carriage, a more capable sensor suite, then go nuclear. SSKs can’t provide that performance, you can’t break out of the laws of physics with conventional technologies.” 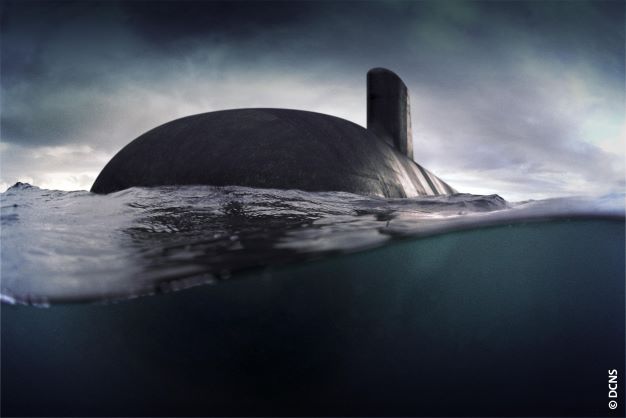 Australia has taken a strategic decision to go nuclear as far as submarine propulsion is concerned – a decision driven as much by geography as anything else. (Photo: DCNS)