WFEL, a Krauss-Maffei Wegmann company, is to supply its Dry Support Bridge (DSB) mobile military bridging solution to the Philippine Army under the Horizon 2 phase of the armed forces’ modernisation programme, the company announced on 23 June.

DSB systems can be deployed in around 90 minutes to provide temporary infrastructure and will be supplied with pedestrian walkways, for use in disaster relief operational situations, as well as other military scenarios.  The Philippine Army, having a choice of launch vehicle chassis for its bridges, opted for the Rheinmetall MAN Military Vehicles (RMMV) 45m 10×10 system.

Intended for use by the army’s combat engineers, the DSB  will be manufactured in the UK and delivered from 2023. An Integrated Logistics Support package is also included in the contract, ensuring back-up and support from WFEL engineers and giving the users confidence in continued through-life support and spares availability.

Managing Director, Ian Anderton, commented, “By adopting the Dry Support Bridge, the Philippine Army is ensuring it has the future capability to quickly manoeuvre across wet and dry gaps in complex, physical terrain, including man-made gaps, ravines and rivers, as efficiently as possible and under the widest possible operational scenarios.”

With a 120t Military Load Classification, the DSB was initially designed and developed by WFEL for the US Army.  Offering full interoperability with any other DSB bridging system, it has been adopted by various countries worldwide, including Australia, Turkey and the USA.  Switzerland has also acquired a number of DSB, and is known to have extensively deployed it as temporary infrastructure following flooding and other natural disasters. The solution is also currently being evaluated by UK MoD as a replacement for the BR90 bridging systems. 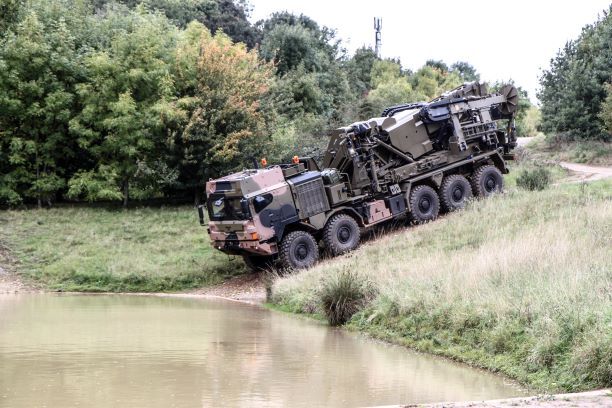 Mounted on an RMMV 10x10 chassis, the DSB for the Philippine Army will be delivered starting in 2023. (Photo via WFEL)