The US Air Force has awarded North American Wave Engine Corporation a $1 million (€840,000) contract to build and demonstrate the Versatile Air-Launched Platform (VALP) as part of the service’s efforts to develop high-impact technologies critical to future aerial combat, the company announced on 22 June.

“The future of aircraft is smaller, more capable and more affordable. The aviation industry has long been stymied by the lack of high-performance engines for small aircraft, and we are here to break through this barrier,” explained Daanish Maqbool, CEO of Wave Engine Corporation.

Wave engines constitute a class of aircraft engines that operate using pressure waves instead of rotating machinery. Intermittent combustion inside a hollow tube produces pressure waves that push hot gases and produce thrust. Wave Engine Corp.’s technology enables an order-of-magnitude reduction in the cost and complexity of jet propulsion, making it practical for a wide variety of airborne platforms for which jet propulsion was previously cost-prohibitive. The award was a result of a highly competitive process, with hundreds of applicants hosted by USAF’s Armament Directorate in an effort to find (and fund) the most promising technologies to help the USAF achieve strategic goals for future capabilities. This award follows a $3 million investment in Wave Engine’s propulsion technology by the US Defense Advanced Research Projects Agency (DARPA) 2019, and successful flight demonstrations in 2020. 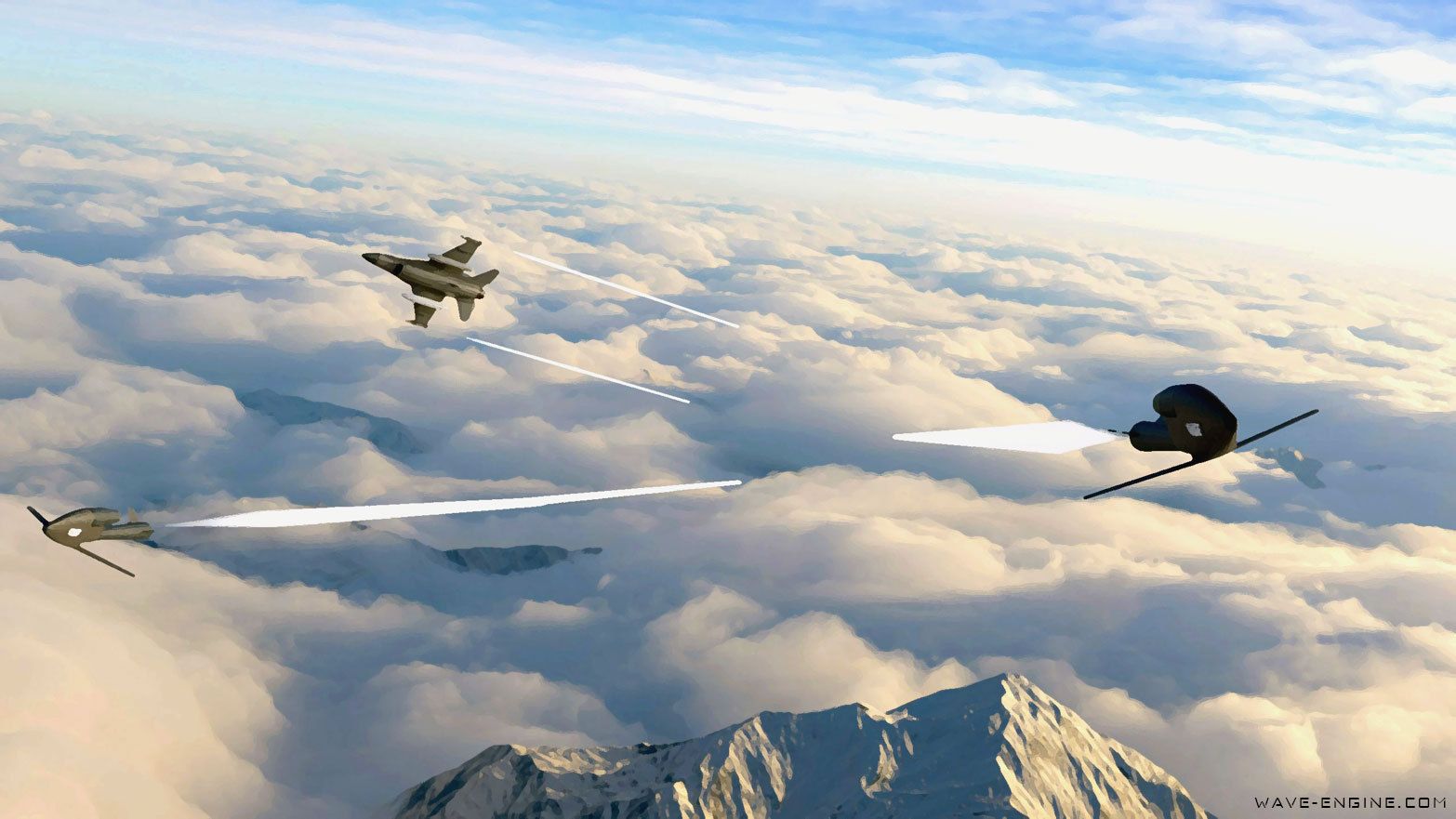 An artist’s impression of the VALP launched from a combat platform. (Image via Wave Engine Corp)