Vincorion has been awarded a contract to supply 38 radomes for the ‘Quadriga’ generation of Eurofighter Typhoon for the Bundeswehr, the company announced on 21 December. Delivery is scheduled for 2023-2027.

“The modernisation of the Eurofighter is a cornerstone of European security policy and an important step towards implementing the FCAS – especially with a view to developing and retaining key technologies in the German and European defence industries,” explained Dr Stefan Stenzel, Vincorion Managing Director. “By securing this contract, we are once again demonstrating our ability to reliably deliver tailored technologies for demanding, multinational platforms for decades to come.”

To date, the European aerospace industry has delivered a total of 140 Eurofighters to the Bundeswehr, in tranches 1, 2, and 3. Delivery of the 38 new aircraft is scheduled to take place in 2025-2030 under the Quadriga program. The aircraft, whose procurement was approved by the German parliament in November 2020, is a further development of tranches 2 and 3, lying at the heart of which is a new radar that covers a particularly large field of view (FoV). Moreover, maintenance of Tranche 1 Eurofighters has become very costly, so they are to be replaced in stages.

Eurofighters from Tranche 2 onwards are multirole aircraft, capable of air-to-air and air-to-ground operations. The initial series primarily intended for air combat and will, therefore, be used in the main for quick reaction alert (QRA) duties in Germany and in the Baltic states for the reinforced Baltic air policing mission. 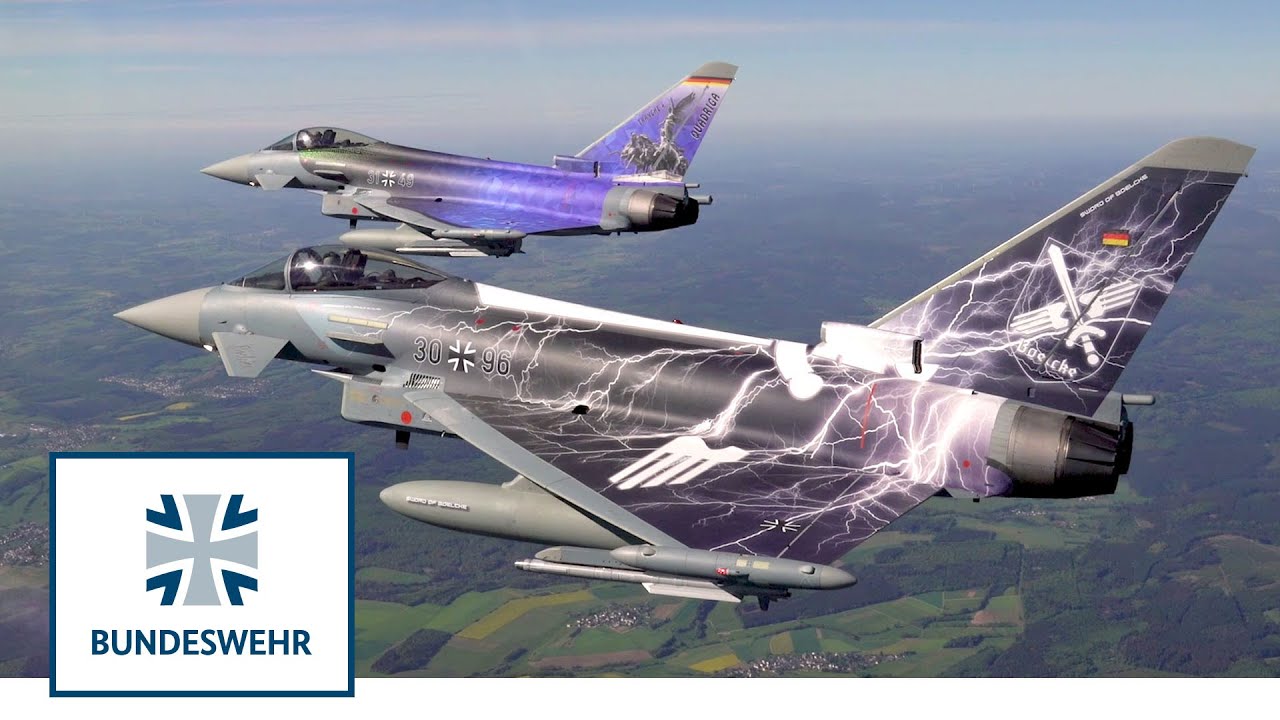 The 38 Quadriga aircraft will benefit from a new radome to accommodate the radar at the heart of the new configuration’s capabilities. (Photo via German MoD)