AeroVironment won a fixed-price contract, valued at $20.3 million (€17.5 million) for an unspecified number of SWITCHBLADE 600 loitering missing for US Special Operations Command (USSOCOM) on 28 September, the company announced on 4 November.

“SWITCHBLADE 600 is an all-in-one, man-portable tactical missile that provides […] the capability to fly, track and engage non-line-of-sight targets and light-armored vehicles with precision lethal effects,” explained Brett Hush, VP and Product Line GM for AeroVironment’s tactical missile systems division. “The tube-launched SWITCHBLADE 600 can be easily transported for deployment from fixed and mobile platforms in any environment, providing operators with superior force overmatch and minimizing exposure to direct and indirect enemy fires.”

The company says each SWITCHBLADE carries a high-performance gimbaled EO/IR sensor and is capable of in excess of 40mins of flight time. The anti-armour warhead means it can prosecute hardened static and moving light armoured vehicles without requiring external ISR assets. An attack can be aborted at any time, reducing the risk of collateral damage.

The news comes hard on the heels of AeroVironment’s announcement that it had successfully demonstrated firing the smaller SWITCHBLADE 300 from one of the company’s own UAS. 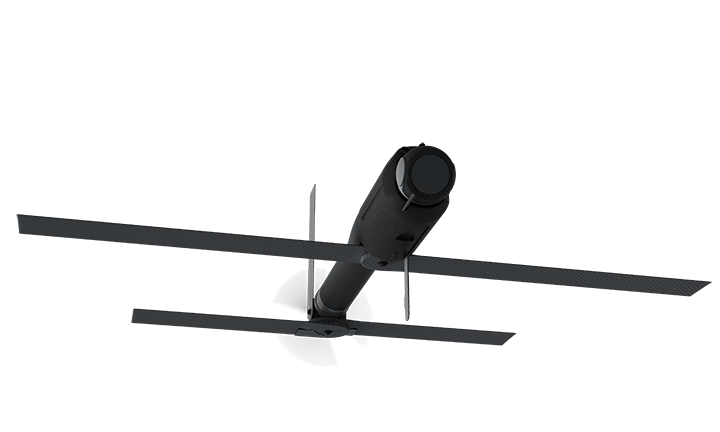 The SWITCHBLADE 600 can be set up and launched in 10 minutes (Photo: AeroVironment)