The US Space Force (USSF) mission, designated USSF-8, took off from Cape Canaveral, FL, on board an Atlas 5 rocket with a Northrop strap-on booster, and deposited the satellites a little under seven hours after ignition. The two spacecraft – designated GSSAP-5 and GSSAP-6, as part of the Geosynchronous Space Situational Awareness Program – will allow the USSF to more accurately track and characterise objects in near-geosynchronous orbits, assist orbital predictions, and improve the safety of spaceflight by reducing the risk of collisions.

GSSAP satellites can be commanded to alter their orbits, enabling them to manoeuvre in space – a capability the USSF refers to as ‘Rendezvous and Proximity Operations’ (RPO). “RPO allows for the space vehicle to maneuver near a resident space object of interest, enabling characterization for anomaly resolution and enhanced surveillance, while maintaining flight safety,” the Force website says. The previous four satellites in the constellation – launched in pairs, in 2014 and 2016 – were also built by Northrop.

“For over a decade, Northrop Grumman has delivered products that improve US Space Command’s ability to monitor human-made orbiting objects in the geosynchronous environment,” stated Matt Verock, VP for Space Security at Northrop Grumman. “As dedicated Space Surveillance Network sensors, the capabilities our GSSAP satellites bring demonstrate our leadership in space domain awareness.“ 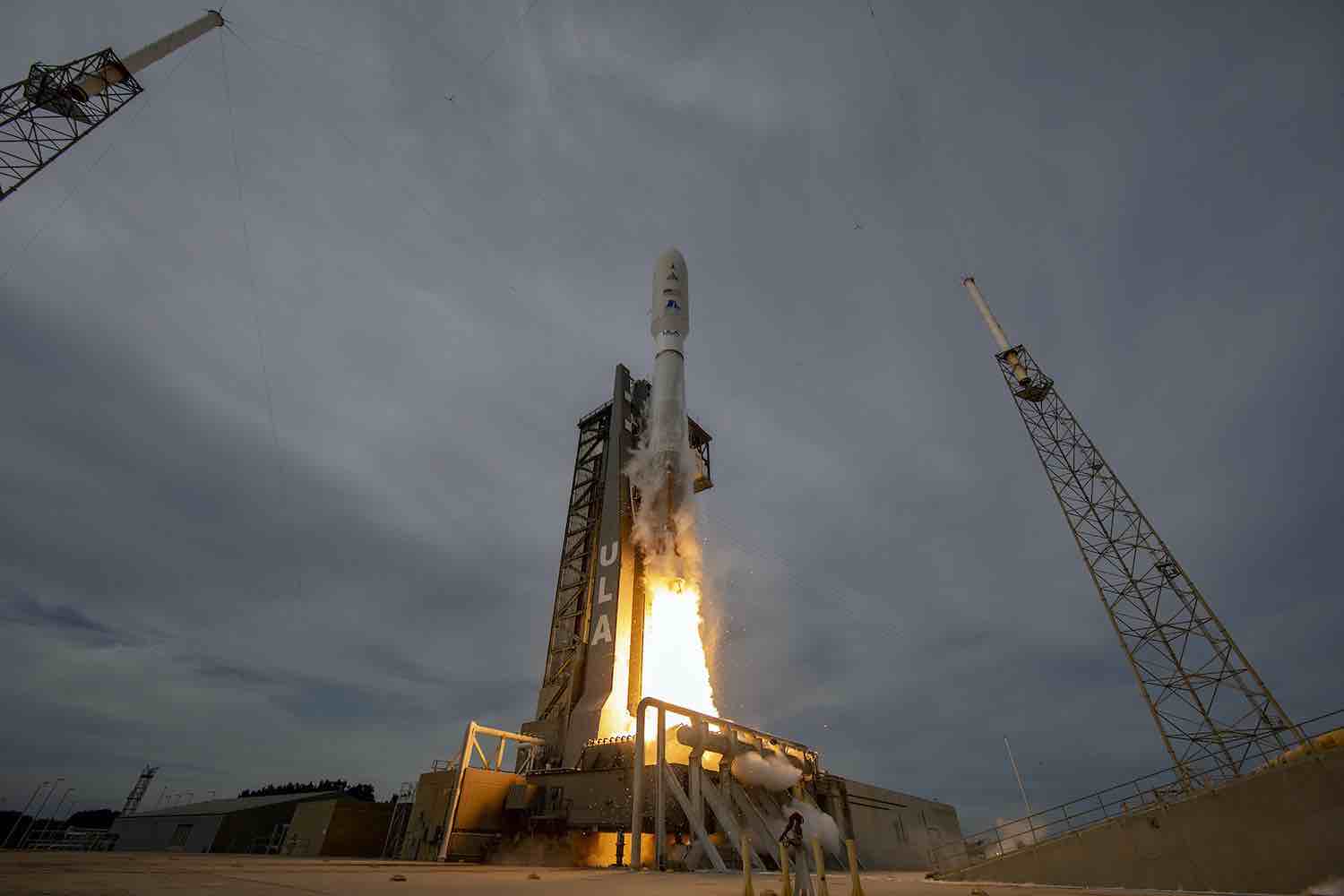