This abridged article (for full article, please see MT #4/2018 available at AUSA Global Force 2018, or order here) looks at how US Army leaders recognise the need to transform and modernise in their stride, without the luxury of pausing from combat and other missions.

Today, the US Army is the premier land power force in the world. However, with more than 180,000 Soldiers committed to overseas combatant command deterrence and counterterrorism operations, it is unable to meet many vital warfighting readiness standards. Adding to this challenge is the strain of over 16 years of combat. Since 11 September 2001, the army has been in continuous action against hostile forces, the longest continuous length of armed conflict in America’s history. Since 1973, the army has been an all-volunteer force, now battle-tested, battle-hardened and constantly innovating to improve its warfighting abilities, but is stretched thin. Equipment has been upgraded during the past 16 years of combat, but the hard wear and tear of continuous operations requires immediate attention.

Changes in the geopolitical landscape and rapid advances in technology have accelerated social, economic, political and military disruption across the world. To address these disruptions in the operational environment, and to update its warfighting thinking, the US Army is adapting by defining the problem with a new strategy represented in a new doctrine. The army uses doctrine to shape operations and acquire equipment. A new operational concept, representing new thinking, is especially important to prepare the army against a new set of evolving hybrid threats, rogue states and peer adversaries. The army’s new operational concept is an emerging strategy called MultiDomain Battle (MDB), a concept that addresses new threats with an enhanced joint approach. According to an army white paper, “Multi-Domain Battle: Evolution of Combined Arms for the 21st Century 2025-2040 Version 1.0,” published last December, the army believes that the MDB approach describes, “how US ground forces, as part of the Joint Force and with partners, will operate, fight, and campaign successfully across all domains – space, cyberspace, air, land, maritime – against peer adversaries in the 2025-2040 timeframe.”

MDB has three major components; first, to calibrate forces with the right mix of forward presence and capabilities; second, to create formations with robust semi-independent, dispersed, mutually supporting, and cross-domain capabilities at the operational and tactical levels; and third, MDB requires converging political and military capabilities – lethal and nonlethal capabilities – across multiple domains in time and space.

Funding the US Army

Every army requires a stable budget to man the force, train, maintain equipment and purchase new equipment. A recurring problem for the US Army is the inability of the US congress to pass the annual defence budget. The army is funded by congress through an annual budget process that is supposed to be approved by congress and then signed into law by the president on 1 October. The process of funding the government, and the military, is outlined in a rigid calendar schedule that sadly, is rarely followed. The Trump administration proposed its 2018 budget on 27 February 2017, starting the budget process. It budget requested a U$52 billion increase over the previous 2017 military budget. The president’s budget was reviewed by the House of Representatives, who created its version of the budget and then sent that proposal to the US Senate for reconciliation. During the senate budget debate, Senator John McCain (Republican) said: “We have men and women serving in the military today who are being wounded and killed because they’re not sufficiently funded, armed, trained and equipped.

Soldiers are the vital force of the army. US soldiers are some of the best in the world in education, physical fitness, condition and training, but the force is too small to meet current commitments and there is a growing demand for boots on the ground. Because of the high operational tempo, soldiers face back-to-back deployments. Brigade Combat Teams have been deployed for nine month unit rotations in Korea and to ‘Swift Response’ deployments to Europe. These deployments are made without families and such separations put greater strain on soldiers, equipment, facilities and communities. Combat teams need to be refreshed, refitted and retrained after a unit deployment. “The resulting rotation pattern means that much of a unit’s time is devoted to deployments or to recovery from a previous deployment and preparation for the next one,” stated a Rand Corporation study titled “Stretched Thin, Army Forces for Sustained Operations.” To help solve this problem, the Army was authorised to add 16,000 active duty soldiers to the force.

Recapitalising and Reinvesting in Equipment

Equipping and maintaining a combat ready force is a daunting challenge. The US Army’s armoured and wheeled vehicle fleets have been overused and require significant recapitalisation. Extending the utility of existing equipment is critical to meeting the army’s needs and staying within the funding authorised by congress. To this end, the army’s equipment is largely based on the Reagan-era buildup and consists of upgraded versions of the M1 ABRAMS, M2 BRADLEY and M3 Cavalry Fighting Vehicle. The ABRAMS entered army inventory in 1980, while the first combat units received the BRADLEY in 1983. As for AFVs, the army has been spectacularly incapable of procuring a new generation. Twenty-two programmes to generate new AFVs have been scuttled from 1995–2010, at a loss of $32 billion. With the cancellation of the Future Combat System (FCS) in 2009 and the Ground Combat Vehicle (GCV) in 2014, the US Army has lost a generation of modernisation. Two major systems that will join the army’s vehicle fleet are the JTLV and the Armoured Multi-Purpose Vehicle (AMPV). The former is a wheeled armoured truck replacement for the worn out HMWWV and is in full production to replace half of the army’s HMWWVs — of which there are currently nearly 120,000 in service.

Overmatch is the ultimate goal of all military training. To remain the premier land power force in the world, the US Army must ensure the force achieves training overmatch. Winning across all operating domains is the goal of the new Army strategy. To achieve this goal, it intends to leverage the immersive, interactive and memorable potential of software-powered technology by training soldiers in a synthetic training environment. “The Synthetic Training Environment (STE) is designed to provide a cognitive, collective, multi-echelon training and mission rehearsal capability for the operational, institutional and self-development training domains,” states a 2017 report by the US Army Acquisition Support Center. “It brings together the virtual, constructive and gaming training environments into a single STE for US Army Active and Reserve components as well as civilians.

If given the means in 2018, the US Army will be ready with a coherent strategy and can start implementing the programmes required to execute that strategy.

John Antal is an American Correspondent for Military Technology Magazine and a 30-year veteran of the US Army, serving 26 years as a tank and cavalry officer and commanding combat units from platoon to regiment, retiring as a Colonel. He is also the author of 14 books and hundreds of magazine articles on military subjects. His latest book, 7 Leadership Lessons of D-Day, was published in October 2017. 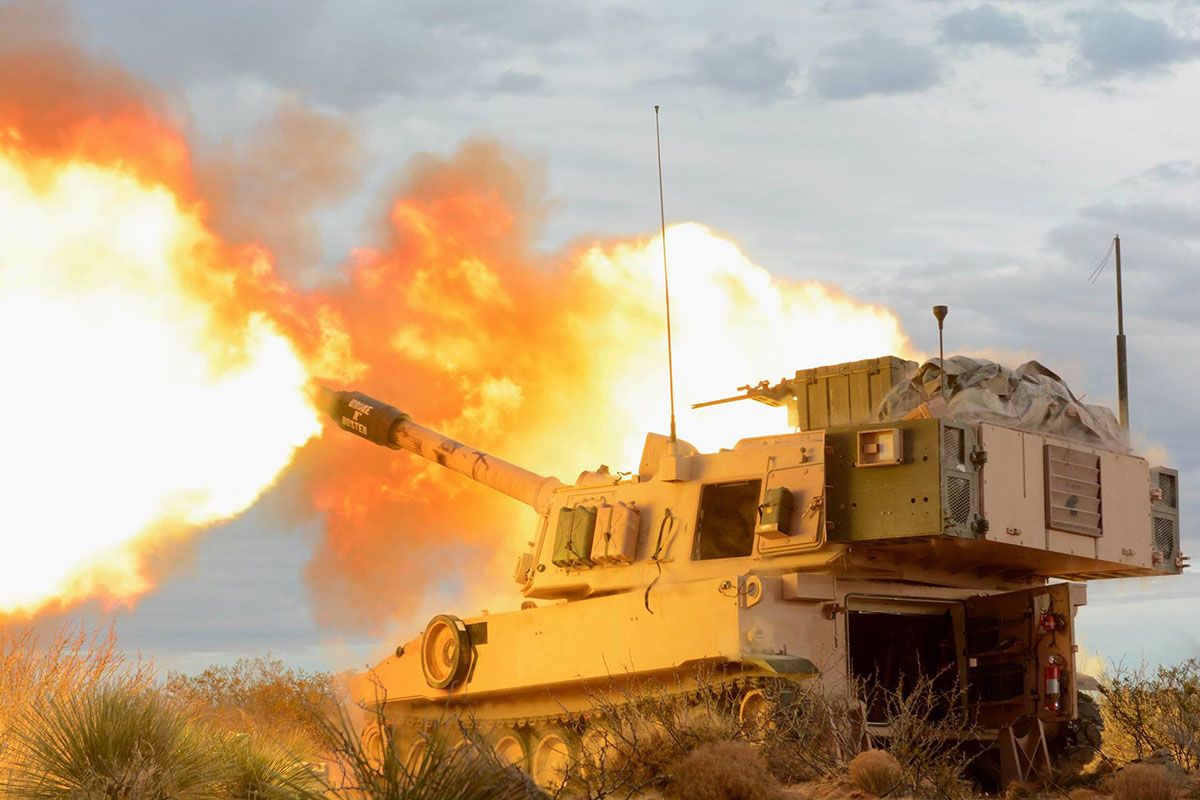