On 9 January 2019, Leonardo DRS, Inc. announced that the US Department of Defense awarded an undefinitised contract action, initially worth U$79.6 million to provide the US Army and US Marine Corps (USMC) with additional TROPHY Active Protection Systems (APS), bringing the total funded value of the programme to over $200 million. For original contract please see here.

Developed by long-time partner Rafael Advanced Defense Systems Ltd., and battle proven in Israel, TROPHY provides protection against anti-armour rocket and missile threats, while at the same time locating and reporting the origin of the hostile fire for immediate response.

“Leonardo DRS is proud of the confidence shown by the Army in deciding to field TROPHY to even more US combat brigades. Together with our Rafael partners, we are fully committed to meeting our customers’ demands and are working in parallel to further address the urgent protection needs of other US platforms,” Aaron Hankins, Vice President and General Manager of Leonardo DRS Land Systems, said.

The DRS and Rafael team led a successful demonstration featuring a new, lighter TROPHY Vehicle Protection System (VPS) variant on a BRADLEY Fighting Vehicle in Israel in August 2018 (story here). The team will also be participating in the US Army’s STRYKER Expedited APS demonstration rodeo this February.

Leveraging material and component upgrades, as well as lessons learned over twenty-plus years of development, TROPHY VPS achieves up to 40% weight reduction and improved power management – depending on how it is integrated on a platform – with no reduction in its proven ability to protect against the full range of direct fire, anti-armour rocket and missile threats.

Conducted at an official test range in Israel, the recent round of testing was monitored by subject matter experts and programme officials from the US, NATO and other allied nations. It included over 300 live scenarios challenging key aspects of the system’s upgraded hard-kill defeat mechanism, bringing the total number of live tests of TROPHY to over 4,000 since the start of the programme. Threat defeat performance was well over 95%, demonstrating TROPHY’s automatic networked fire source location ability. Integrated on a BRADLEY Fighting Vehicle for this test campaign, to demonstrate its immediate relevance for that platform, TROPHY VPS will next be demonstrated in the US on the STRYKER platform to the STRYKER program office.

“Rafael does not stand still. TROPHY VPS provides the same capabilities and performance as TROPHY in a significantly smaller package,” said Moshe Elazar, Executive Vice President and Head of Rafael’s Land and Naval Division. “We are also leveraging our global leadership in both active protection (close to 1,500 TROPHY systems) and medium-calibre remote weapons systems (over 1,000 systems), to offer the mature, reliable, lightweight Samson turret, which combines both capabilities. Given our wide customer base and existing production lines for both, SAMSON is a capable, affordable, low risk solution for the US Army’s Next Generation Combat Vehicles, other programmes in Israel and other markets.” 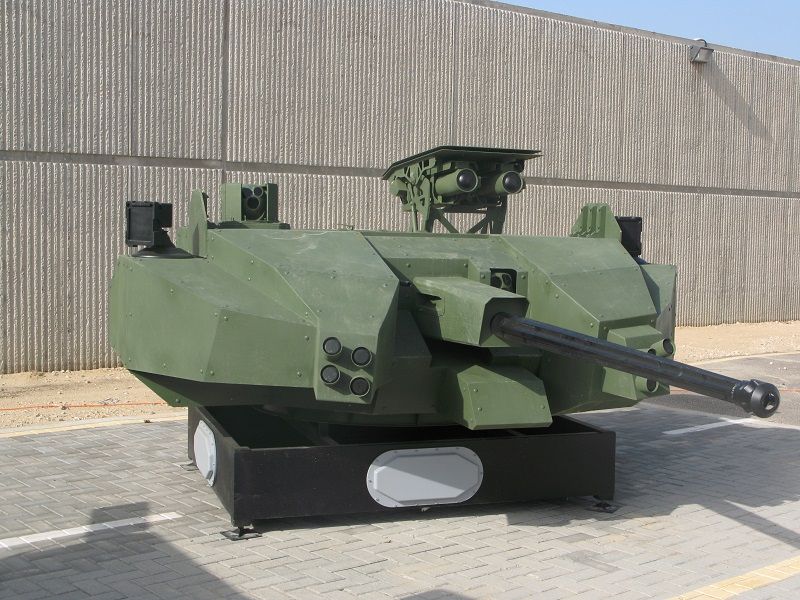