US Sends HIMARS to Ukraine

As Russian troops continue to make inroads into Ukrainian territory after 100 days of open conflict – particularly in the eastern part of the country – the US continues to send materiel and financial assistance to the beleaguered democracy. As part of the latest presidential drawdown package — this one worth $700 million dollars — the DoD has included four M142 High Mobility Artillery Rocket Systems, or HIMARS.

As well as the launch vehicles, the DoD is sending quantities of the Guided Multiple Launch Rocket System to be used with HIMARS, enabling targets to be engaged at over 40 miles’ range.

“What the HIMARS will allow them to do is to get greater standoff. Right now, the howitzers we provided them have about a 30km range; the HIMARS have more than twice that, which will allow them — even with fewer systems — greater standoff,” explained Colin H Kahl, Undersecretary of Defense for Policy. “These are precision guided systems with extended range […] For high value targets, that, that allows them to keep some of the pressure off of Ukrainian forces on the front, [which] we think these systems will be very useful.”

To ensure rapid delivery to Ukraine, Kahl said DoD has pre-positioned systems in Europe, in anticipation of the President’s decision to approve their transfer. Training will be provided for operators and maintainers prior to any such transfer. “These, of course, are systems that the Ukrainians need to be trained on […] We think that’ll take around three weeks. They need to know not just how to use the systems, but, of course, how to maintain the system — so, think of logistics, maintenance, things like that. So, it’ll be a number of weeks until that training is complete,” Kahl observed.

In addition to the four HIMARS systems, this latest package for Ukraine includes five counter-artillery radar systems; two air surveillance radars; 1,000 Javelins and 50 command launch units; 6,000 antiarmour weapons; 15,000 155mm artillery rounds; four Mi-17 helicopters; 15 tactical vehicles; and additional spare parts and equipment. And it will likely not be the last such package. “We will continue to closely consult with Ukraine and surge additional available systems and capabilities in support of its defense,” Kahl stated.

Since 24 February, the US has provided $4.6 billion in assistance to Ukraine. Recently, Congress approved, and the President signed, an additional $40 billion in support to Ukraine — $8 billion of that is for additional presidential drawdown authority.

“Even as we continue to provide vital assistance, I would be remiss if I failed to recognize and commend our allies and partners from more than 40 countries who have joined us to continue supporting Ukraine with heavy weapons, munitions and other vital security assistance,” Kahl added. “Our support for Ukraine and that of the international community remains unwavering.” In confirmation of which, just a day later the United Kingdom pledged to supply an undisclosed number of M270BI Multiple Launch Rocket Systems (MLRS). 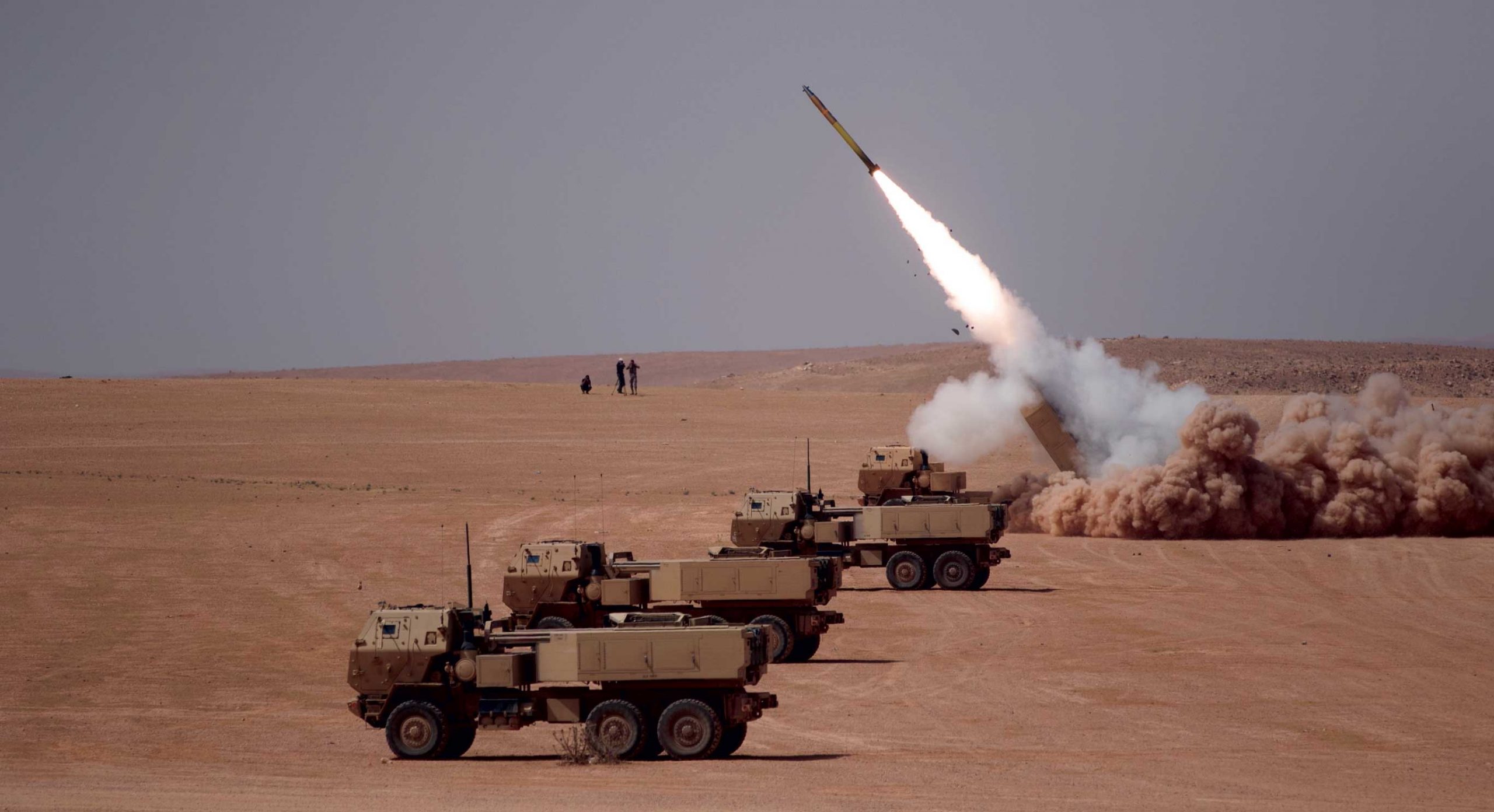 According to official figures, the HIMARS rockets can hit targets at a distance of roughly 70 kilometres. (US Army)