US SDA Allocates $1.3 Billion to T1TL

L3Harris Technologies and Northrop Grumman will each build a space segment of 14 satellites, to commence launch in April 2025 to collect IR data and provide network communications, under contracts valued at approx. $700and $617 million respectively. The prototypes will provide persistent global indication, detection, warning, tracking and identification of missile threats, to include hypersonic weapons. “The T1 Tracking Layer effort is a critical step toward building the National Defense Space Architecture,” said Derek Tournear, SDA director. “SDA is confident that selection of the L3 Harris and Northrop Grumman teams provides the best overall solution to accelerate delivery of a low-Earth orbit constellation with wide-field-of-view infrared sensors for a global missile warning and missile tracking capability in Tranche 1, on schedule”.

The Tracking Layer is focused on development a global constellation of IR missile warning and tracking satellites to be integrated with the Transport Layer’s (T1TL) low-latency meshed communications network, enabling both conventional and advanced missile tracking from proliferated low-Earth orbit.

Congress authorised an additional $550 million in FY22 for SDA to accelerate deployoyment of the Tracking Layer – specifically to demonstrate a space-based capability in support of US Indo-Pacific Command. SDA completed competitive source selection and finalised agreements within four months of publishing the solicitation in March. “The speed with which SDA pursued this effort is commendable, given the severity of the hypersonic missile threat,” offered Christopher E Kubasik, L3Harris CEO. “This prime contract is a testament to our growing impact in the space community, and affirms our strategy of being a Trusted Disruptor is gaining traction.”

“Northrop Grumman will provide an integrated space vehicle that will accelerate our nation’s ability to defend against the most pressing challenges in missile defense,” added Robert Fleming, VP/GM of Northrop’s Strategic Space Systems Division. “T1TRK builds upon Northrop Grumman’s experience with T1TL and will demonstrate a capability to track advanced missile threats”. 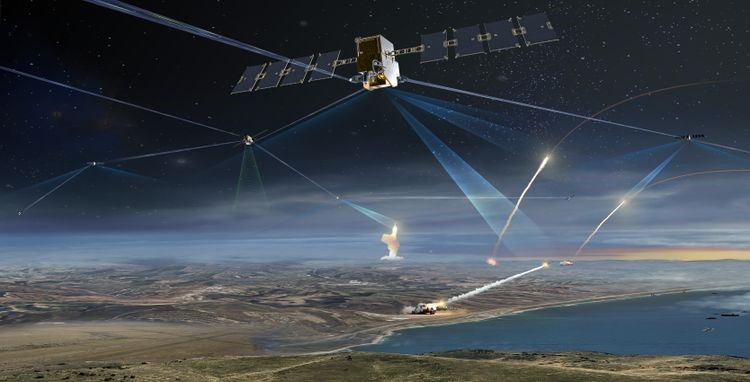 T1TRK will detect, identify and track hypersonic weapons and other advanced missiles from their earliest stages of launch through interception. (Northrop Grumman)

The page you requested could not be found. Try refining your search, or use the navigation above to locate the post.