US Donates Helicopters to El Salvador

The US government has donated 12 MD530F helicopters to the Salvadoran Air Force, the US Embassy in El Salvador announced on 29 August.

Jean Manes, Chargé d’Affaires at the Embassy, revealed that eight helicopters are being delivered now, with four more to follow. The Air Force currently operates the type on domestic missions and with the UN peacekeeping force in Mali.

The donation includes support, spares and training as well as the helicopters themselves, which have hitherto been operated by the US Department of State, with which they have been in service since 2009. 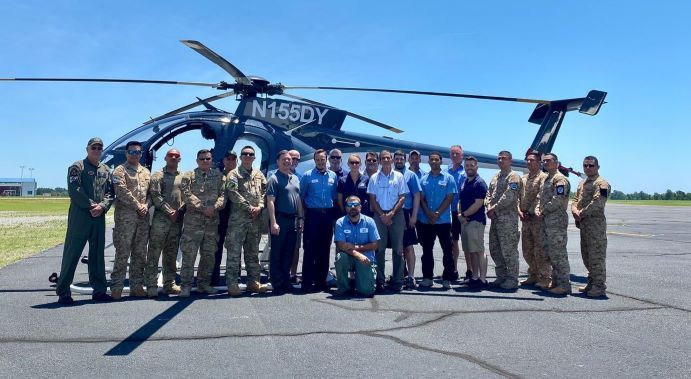 One of the donated helicopters with Salvadoran crews and US instructors. (Photo: US Embassy in El Salvador)