Edinburgh-based PureLiFi has received an order for “thousands” of its KITEFIN optical wireless system from the US Army Europe and Africa. The deal, of unspecified value, follows a $4.2 million (€3.7 million) order from USAREUR-AF announced in April, which marked the first large-scale deployment of the new secure communications technology.

LiFi is a complementary technology to other wired and wireless networking systems, using light rather than cables or radio frequencies as the vector for digital communications. By modulating the brightness of light from LED units at extremely high speeds, signals can be sent to a detector, which interprets these changes as data. Uplink is conducted using infra-red light.

The KITEFIN system is available in two variants, one ruggedised for military use and the other intended for homes and offices. The ruggedised Tactical LiFi Access Point can be hung from hooks in a ceiling and connected to a power source with a USB cable. Once switched on and illuminated, the secure networking is enabled. PureLiFi says the system can be operational within “tens of minutes“, as opposed to hours for Ethernet-based networking systems.

Light-based networks offer some advantages over RF-enabled wireless networks, particularly for defence and security users. Because light can be contained in a physical space, walls and windows can become effective network security perimeters. Although not strictly a line-of-sight technology – light can bounce off surfaces so a device with a receiver can still be part of the network even if it is not in line-of-sight of the KITEFIN unit, so long as light from the unit reaches it – the technology has a lower probability of detection and interception than a radio-based wifi hub. PureLiFi says the technology has up to three times lower latency than RF wifi, and will be capable of delivering higher bandwidth.

PureLifi sees adoption of the technology by the USAREUR-AF as the first step towards wide-scale commercial adoption. The firm has developed components that can be integrated into consumer products to make phones, tablets and laptops LiFi-enabled. “We won’t stop here; the train has now left the station,” said CEO Alistair Banham. “LiFi is on its way to even broader deployments and new markets. We will put LiFi in the hands of millions of users.” 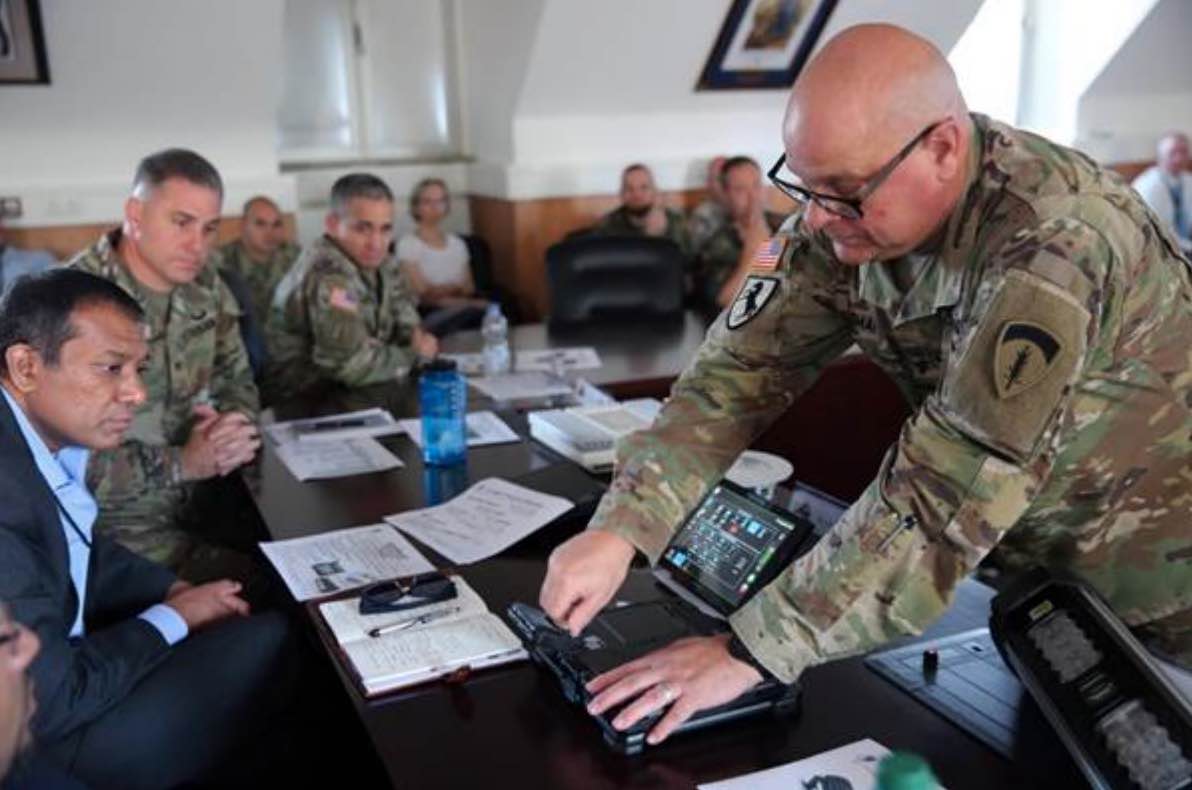 CWO5 Andrew Foreman, CTO for USAFEUR-AF, demonstrated the KITEFIN system on a LiFi-enabled tablet during an event run by the 2nd Theater Signal Brigade at Wiesbaden, Germany, in August. (Photo: Candy Knight/US Army)