The US Army Ground Vehicles Systems Center has contracted the Defense & Aerospace Division of Calnetix Technologies to design and develop a 500kW bi-directional inverter, the company announced on 28 July.

The high-frequency and power-dense inverter will be demonstrated in the medium-sized Robotic Combat Vehicles (RCV-M) and Optionally Manned Fighting Vehicle (OMFV) platforms as a part of the Platform Electrification and Mobility (PEM) effort.

Calnetix’s proposed solution was selected based on the company’s extensive experience with existing wide-band-gap silicon carbide (SiC) two-level inverters, with voltages up to 4,160V and power levels exceeding 1 megawatt. By leveraging this existing architecture and control scheme, Calnetix will design the 500-kW PEM inverter to meet the Army’s specific requirements.

“As the world shifts toward higher efficiency and green solutions, Calnetix has shifted with it by leveraging emerging wide-band-gap technologies, such as SiC switches in its power management systems,” explained Vatche Artinian, CEO. “The PEM inverter will provide high-temperature operation and power density, high system efficiency of up to 98.5%, and unmatched power levels and durability for the harsh environments of the US Army’s Ground Vehicle Systems.” 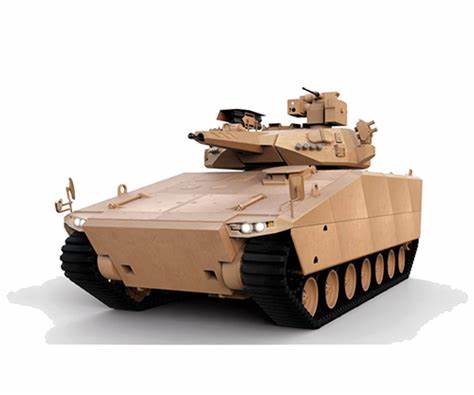 The Oshkosh/Hanwha Defense proposal is one of the five team selections recently announced by the US Army for concept design work for the OMFV. (Photo: Oshkosh Defense)