The Israeli Air Force (IAF) is expanding the range of indigenous weapon systems carried by its F-35s, including some of the latest glide bombs developed. Clearance for their under-wing and under-fuselage carriage follows successful system testing on the designated test aircraft the IAF has dedicated to accelerating the adaptation of the LIGHTNING II to its requirements.

When low observation characteristics are required for the mission, the F-35 carries all weapons in its internal bomb bays. When stealth is not so mission-critical, the aircraft can carry up to 10t of stores externally. In IAF service these stores can be very advanced, consisting primarily of glide bombs that enable precision strike from standoff ranges. Recently released images show a variety of such weapons, many of which have been developed by Rafael.

The newest such weapon is the SPICE 250 ER, an extended range variant of the smallest member of the SPICE guided bomb family. Featuring a turbojet engine to enable greater range, the bomb uses autonomous scene-matching AI algorithms for precision guidance. Also seen have been SPICE 1000 and 2000 ‘iron bombs’ with advanced guidance kits.

Foreign media reports claim the IAF uses glide bombs in attacking Iranian-related targets in Syria, and is releasing the weapons while in flight over Lebanon.

A very senior defence source told MON that Washington is gradually allowing the IAF deeper access to the F-35’s core avionics, which will enable the service to integrate other Israeli-developed systems in addition to weapons. 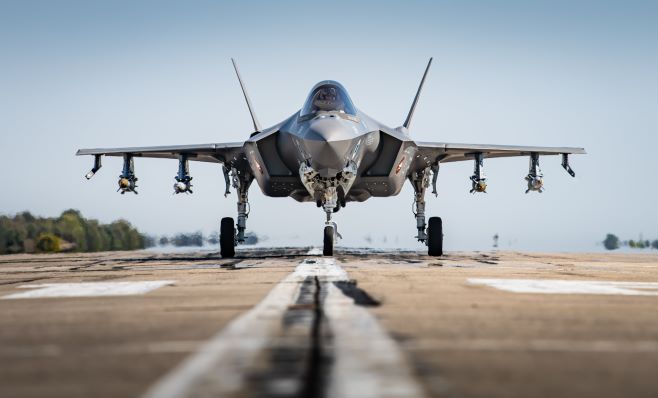 An IAF F-35 with an impressive external mix of weapons. (Photo: IAF)