A Bell 212 helicopter arrived with the Uruguayan Air Force’s (UAF) Air Brigade N° 1 at Carrasco International Airport on 3 November, a donation from the United States. It will replace an aircraft lost to an accident in March this year while on a humanitarian mission.

Manufactured in 1977, the aircraft was operated by the Mexican government until 2015, since when it has been owned by a variety of Canadian then US commercial operators. 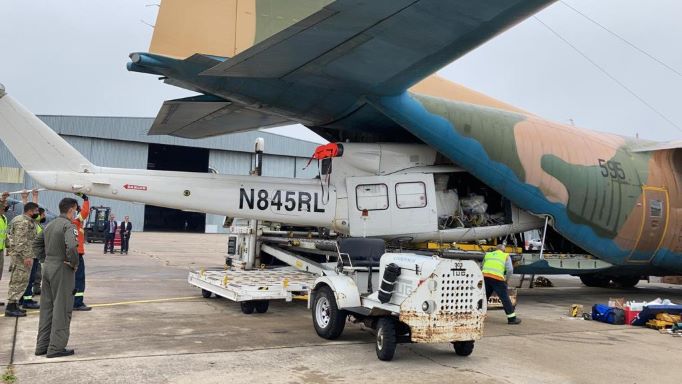 The aircraft being unloaded from a UAF HERCULES at Carrasco. (Photo: UAF)