Three Vessels to Arrive in Uruguay Starting in July

The Uruguayan Navy (Armada Nacional Uruguaya – ANU) began commissioning the first of three Damen Stan Patrol 2606 coastal patrol boats – known as the Marine Protector-class in the US Coast Guard – donated by the US government. Three vessels were officially delivered to the ANU last December, but have yet to make the voyage to Montevideo.

ROU 14 Río Arapey (former USCG Albacore) has already received its AUN paint scheme in Baltimore and is about to embark on tests prior to the delivery voyage, expected to occur in July. It will be followed by ROU 15 Río de la Plata (ex Cochito) and ROU 16 Río Yaguarón (ex Gannett). Two of the trio will serve at the new Fray Bentos Naval Base on the Uruguay River, the third at Montevideo.

The vessels were built by Bollinger Shipyards at the beginning of the new millennium, which delivered 74 to the US Coast Guard, two to the US Navy, and two each to the governments of Malta and Yemen. The 26.8m-long craft draw a maximum of 1.85m and have the ability to deploy a RHIB from the stern. They are powered by two MTU 12V 396 TE 94 engines of 1,680kW to 2,000rpm, with two fixed-pitch propellers, allowing it to achieve up to 35 knots. 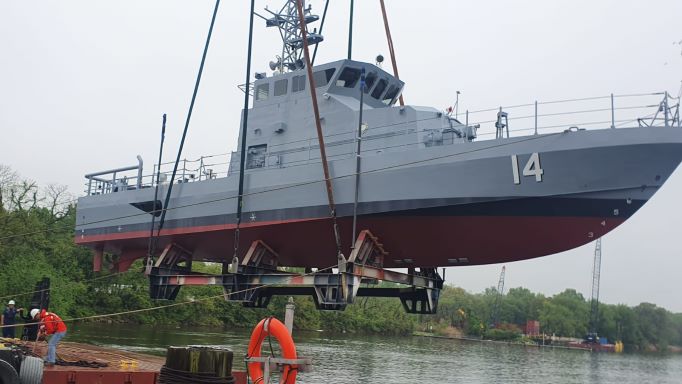