PID supplied 283 of its ARMADILLO VIDEOGUARD 360 units and three CCTV towers. The devices were deployed, under a partnership with security provider Atalian Servest, at the Scottish Events Campus, at Prestwick Airport and along the main road used by delegates and attendees. ARMADILLO units were also deployed to other, unspecified, infrastructure locations during the conference. All units were linked to PID Systems’ Alarm Receiving Centre, where staff monitored output.

The wireless, armoured and usually tripod-mounted ARMADILLO devices provide 360° video coverage from three 120° 5MP HD cameras, which is made available for real-time analysis via mobile phone networks. The units also contain sensors to detect attempts to move or tamper with them, and feature three 4000-lumen LEDs and three 110db speakers, which issue bright and loud warnings in the event of any unauthorised activity. The units are battery powered and can operate for up to four years.

“We were able to provide visible and flexible perimeter protection for some high-risk locations during COP26,” said Mark Fitzpatrick, PID Systems Operations Director. “The fact that our ARMADILLOs don’t need complex infrastructure to operate makes them infinitely flexible and able to be deployed just about anywhere […] the way our systems performed at COP26 […] lived up to both our and the organisers’ expectations.” 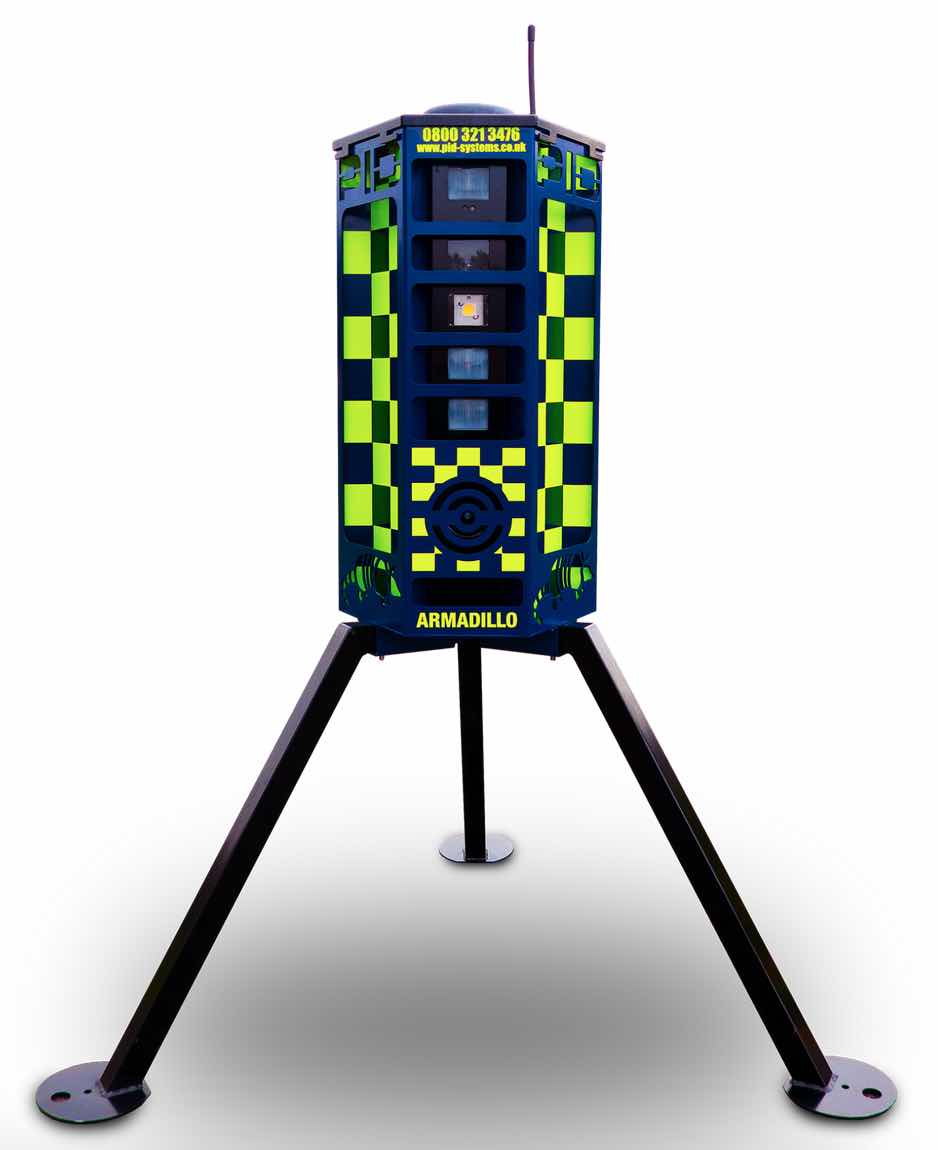