PHALANX is a 20mm Gatling-type computer-controlled rapid-fire autocannon which provides the service’s primary defence against anti-ship missile threats. Babcock will continue to provide in-service support for the system from specialised facilities at Devonport Royal Dockyard in Plymouth. Babcock is responsible for technical support, upgrades, maintenance and ensuring operational availability on an Asset Availability Service basis.

Richard Drake, Managing Director, Babcock Defence Systems Technology, stated the contract “ensures the availability of the Royal Navy’s PHALANX weaponry. Using our global support capability and programme-specific expertise, built up over many years, we are well positioned to continue providing the Royal Navy with first class in-service support to its gunnery.”

Babcock has been a partner on the PHALANX CIWS programme since 2006, managing and executing all upkeep support activities, including a 24/7 helpdesk for the Royal Navy, as well as providing logistics support for spares and repairable units. 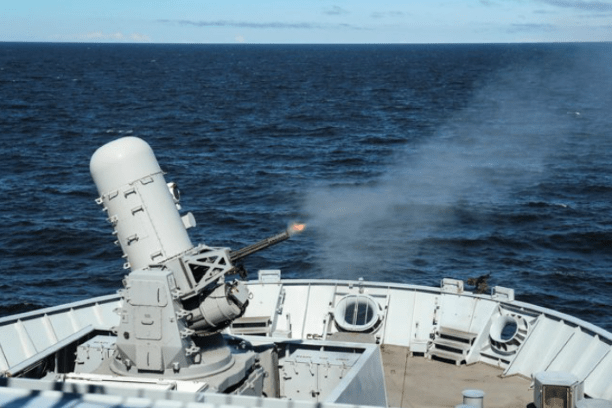 A PHALANX CIWS in action. (Photo via Babcock International)