The delivery flight, direct from Seattle to Scotland on 11 January, comes a little under two years after the first of the type arrived, and under six years since the procurement contract was signed in 2016.

Lossiemouth will also be the main operating base for the RAF’s forthcoming fleet of three E-7 Wedgetail airborne early warning and control aircraft, which are also built by Boeing and are derivatives of the same 737 Next Generation platform. A new £100 million ($137 million) facility, jointly funded by Boeing and the UK MoD and opened at the base in June 2020 – the Atlantic Building – can accommodate three of the aircraft at a time for maintenance. Co-locating the fleets will bring certain logistic advantages, and the fleets will support “hundreds of jobs” in the local economy, Boeing stated.

“The P-8A Poseidon allows the RAF to conduct critical maritime patrol activities at home and abroad, and we are hugely proud of the incredible journey the team has undertaken over the last two years from construction of the Atlantic Building, to delivery of the ninth aircraft, ” commented Anna Keeling, Managing Director of Boeing Defence UK. “As a trusted partner to the RAF, we will continue to provide long-term support for the aircraft and help train the crews that fly them, reaffirming our commitment to help strengthen the aerospace and defence sector in the Moray region..” 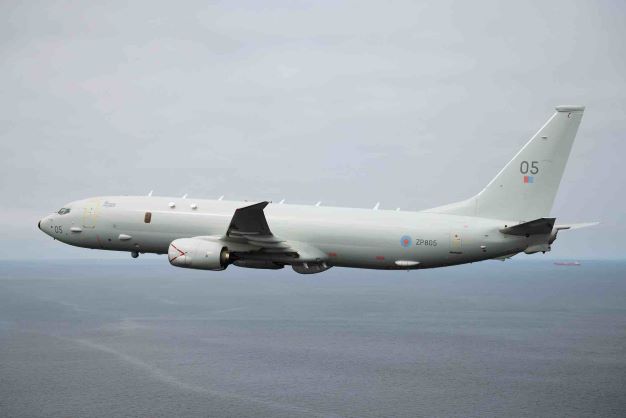