First Aircraft Will Move to UK Home Base Next Year

“Our fleet of 16 PROTECTOR aircraft equipped with ultra-modern technology will provide the Royal Air Force (RAF) with a vast global reach, allowing us to monitor and protect the battlespace for hours on end,” commented Jeremy Quin, Minister for Defence Procurement. The GA-ASI MQ-9B SkyGuardian is the baseline system being configured for the PROTECTOR role. It includes X-band SATCOM and support for British weapon systems, as well as the aircraft’s onboard sensors, such as its electro-optical sensor ball and LYNX Multi-mode Radar “The MQ-9B system will bring unparalleled reconnaissance capability to the RAF and help to ensure the security of the UK and its allies,” added Linden Blue, the company’s CEO.

In July 2020, the MoD and GA-ASI announced a production contract for the first three PROTECTORs. The first MQ-9B-configured aircraft was completed in September and is now supporting system testing as part of a combined MoD/USAF/GA-ASI test team. Known as UK1, this first PROTECTOR will be delivered to the MoD later this year, but will remain in the US to complete the raf’S test and evaluation programme before moving to its home base in 2022.

The partnership between GA-ASI and the MoD also brings significant benefits to the British aerospace and defence industries. GKN Aerospace, for example, manufactures the advanced composite V-tails for the MQ-9B.

The MQ-9B has generated significant interest worldwide: in addition to the UK, SkyGuardian has been selected by the Australian Defence Force for Project Air 7003 and has also been procured by the Belgian MoD. 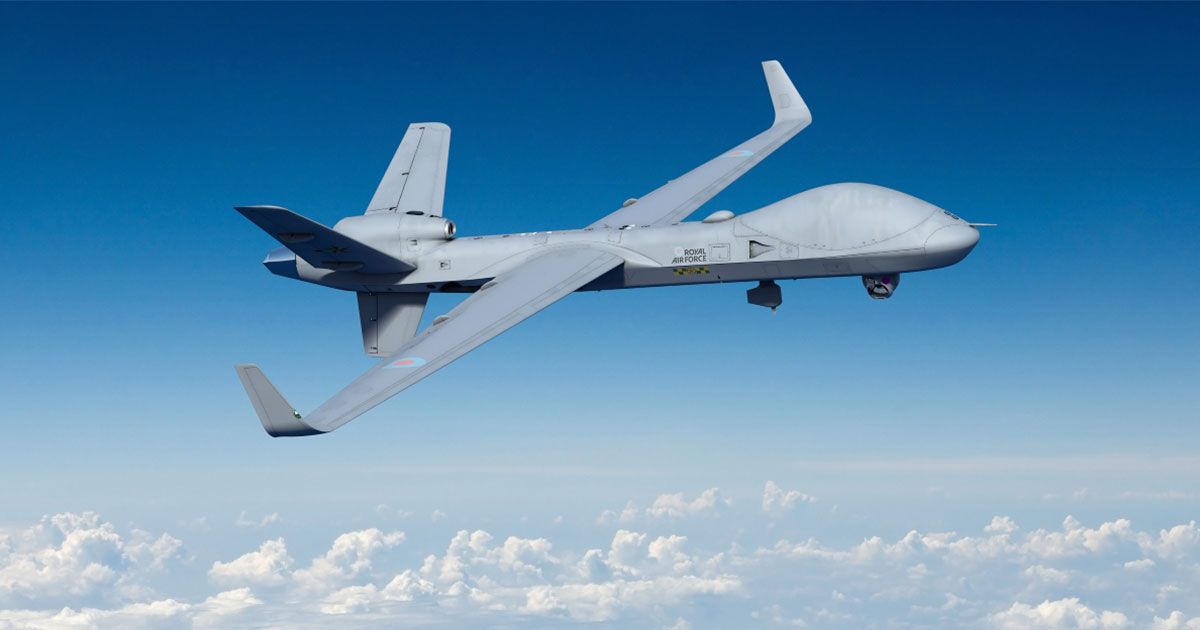 SkyGuardian MQ-9B is the baseline system for the RAF’s PROTECTOR programme. (Photo: GA-ASI)