Boeing Contracted for 14 Aircraft at $599 Million

The extended range helicopter gives the RAF fleet greater versatility in execution of domestic and international heavy-lift missions. “These Chinooks are the future of heavy-lift, built on an existing foundation of advanced capability and life cycle affordability,” said Andy Builta, Boeing VP and H-47 Program Manager. “This contract for Block II aircraft sets the stage for the next 60 years of Chinook excellence on the battlefield.”

The United Kingdom will be the first international operator of a Block II Chinook. Deliveries are scheduled to start in 2026. 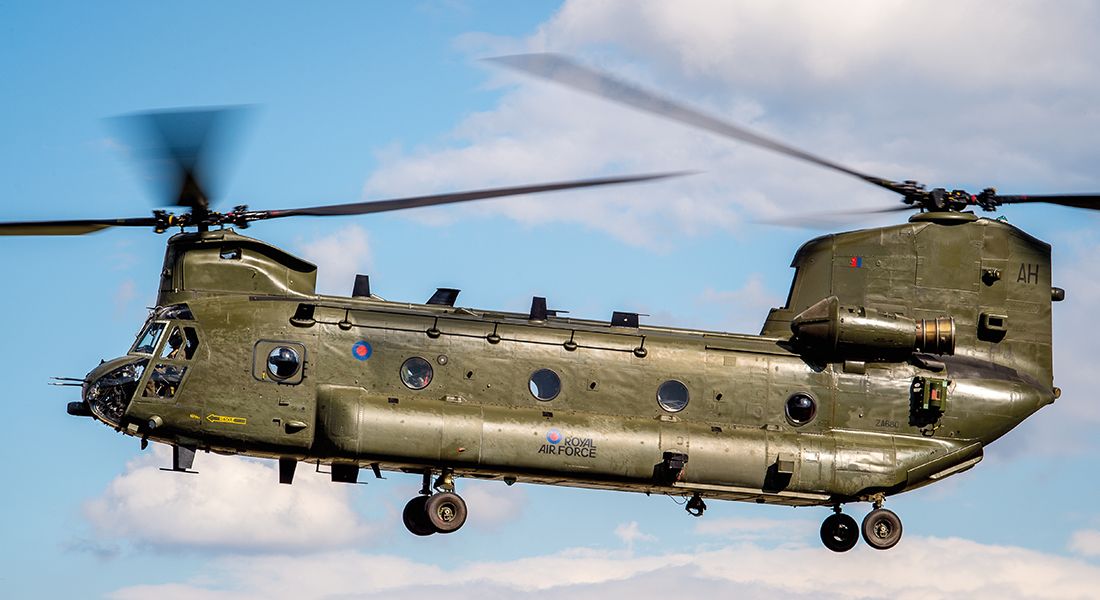 CHINOOKs have been in UK service for 40 years – an anniversary recently celebrated by both manufacturer and operator. Boeing will also celebrate the 60th anniversary of the CHINOOK’s first flight next year (Photo: Boeing UK)