Over 460 Delivered as B model Continues Service Entry

Some 15 years after the first UK-72A LAKOTA helicopter entered US Army service, and following the initial delivery of the UH-72B to the National Guard, the US LAKOTA fleet has passed the one million flight hour milestone, Airbus announced at AUSA 2021 in Washington, DC, this week.

“The million-hour milestone is a testament to the commitment of [the Columbus, Mississippi] workforce, [which] has supported unprecedented on-time deliveries, and to the reliability and versatility of the aircraft they build,” observed Scott Tumpak, responsible for Airbus military helicopter programs in the US.

Airbus delivered the first LAKOTA to the Army in 2006, the same year the UH-72A was competitively selected as the Army’s new light utility helicopter, and has since delivered 463 of this initial model, which serves primarily as the Army’s initial entry rotary-wing training helicopter. Earlier this year, the first UH-72B LAKOTA was introduced to the Army National Guard fleet, the first delivery of an order placed in 2020 for 18 aircraft. The UH-72B is based on the widely successful H145, which incorporates various product enhancements that have been developed during the lifecycle of the commercial aircraft. The efficient Fenestron tail rotor, more powerful engines, enhanced controls and the Airbus HELIONIX avionics suite, to name a few, will provide added benefits for mission safety and flight performance.

By the end of October, the LAKOTA will be operational for Army and National Guard units in 45 states and territories. It is also flown by the US Naval Test Pilot School, the Royal Thai Army, and is a key enabler of US Army combat training in Ft Irwin, CA, Ft Polk, LA and Hohenfels, Germany, as well as the test range mission at Kwajalein Atoll. The LAKOTA’s missions are as varied as its operating locations, and include training, general utility, SAR, disaster response, homeland security, drug interdiction, C2, and VIP transport. LAKOTAs have been employed extensively in responding to wildfires, hurricanes, floods and other disasters across the country and abroad in recent years, including most recently to provide support following devastating natural disasters in Haiti. 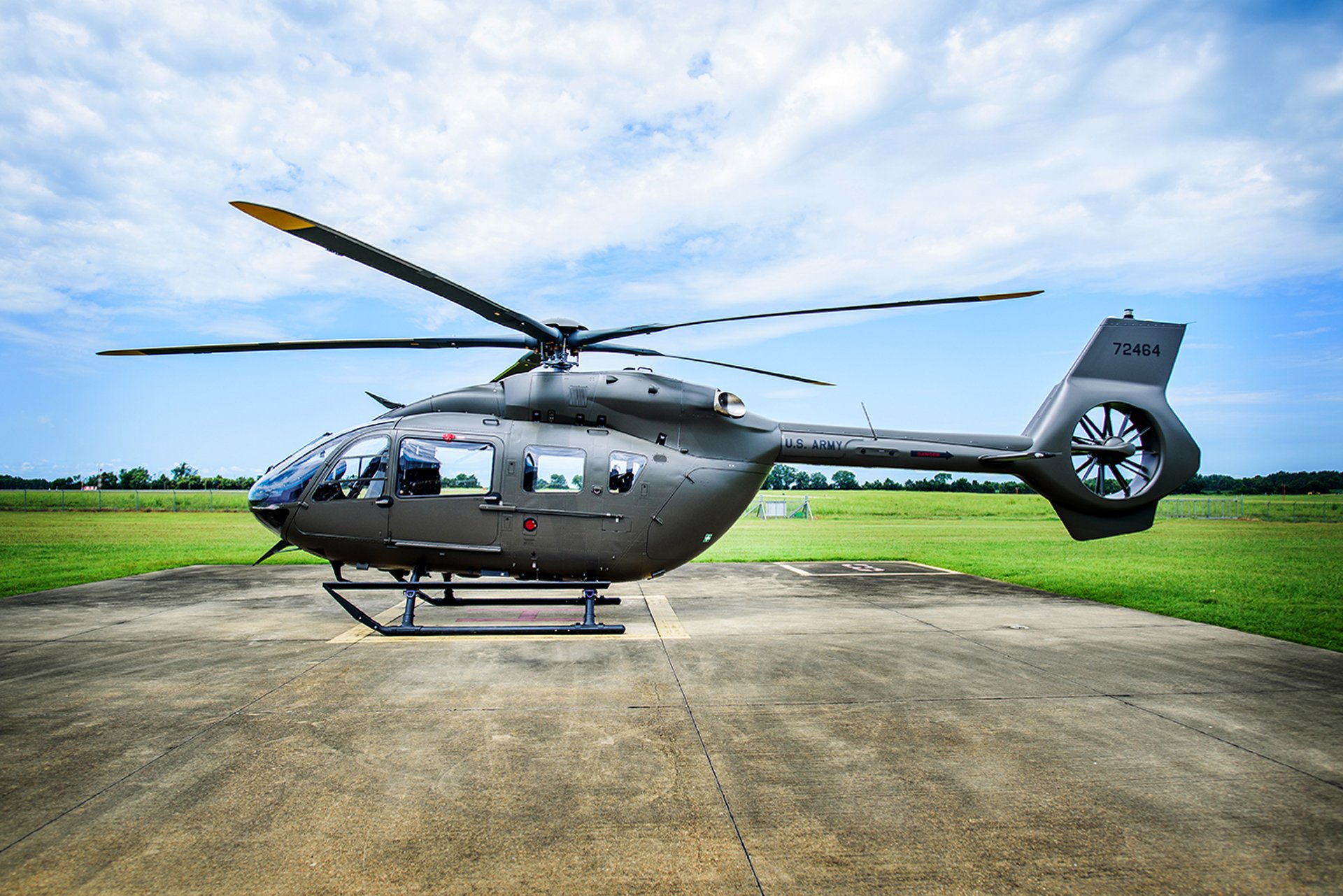