Challenged by both asymmetric and symmetric threats, combat swimmers remain a crucial capability in the 2020s. Their demand for improved armaments, including better ammunition, for mission-proven communications means, for light ballistic protection and for miniaturised detection and situation awareness sensors is growing.

A combat diver’s single most important piece of equipment is the rebreather, a closed-circuit device that has all the characteristics of self-contained underwater breathing (SCUBA) apparatus. Today’s military and special forces divers are required to undertake a wider range of tasks within a single mission. This has led to requirements from leading militaries for diving apparatus that enables divers to complete missions that are longer, deeper and more complicated than ever before. State-of-the-art military rebreathers are available from a few companies, such as Avon Protection. The UK-based manufacturer is supporting requirements to expand military diver operational envelopes with its MCM100 Multi-Role Rebreather. The product on display in Rotterdam is a configurable platform that offers a step change in meeting Underwater Breathing Apparatus (UBA) operability requirements. It is a fully closed-circuit, electronically-controlled, mixed-gas rebreather, tested to 100m and suitable for a large range of tactical diving disciplines, including shallow or deep MCM, Explosive Ordnance Disposal (EOD), Mine Investigation and Exploitation (MIE) and SOF underwater vehicle use. Avon Protection informed MON that the system’s critical advantage lies in its advanced electronics architecture: with multiple redundancy electronics, it features advanced digital oxygen sensors and has a moisture tolerant digital carbon dioxide sensor. Oliver Clarke, Avon Protection’s Business Development Manager Underwater EMEA, suggested that this, combined with a data acquisition facility with Bluetooth capability and a backlit colour handset with automated pre-dive and command-based alarms, enables missions of greater duration than traditional systems at extreme work rates and depths.

UDT’22 makes it clear that there is a demand for improved ‘ready-for-use’ equipment to perform in the most complex mission scenarios. Among them are Diver Propulsion Vehicles (DPVs) or ‘sea scooters,’ that have a clear use in assisting naval special operations, by giving combat divers a means by which they can reach their objective in stealth from beneath the waves, without having to swim long distances and deplete precious air supplies. The STIDD Diver Propulsion Device (DPD) is the most widely used military-grade underwater mobility platform in the world, with over 500 vehicles in service. DPD enables divers to travel farther and faster with more payload than previously possible with any other diver propulsion device. STIDD Systems Inc. offers an expanded line-up of three different DPD models: Standard; Standard Extended Range, with an additional lithium-ion battery; and the Dual Thruster DPD-XT variant with dual propulsion system. The company is now offering RNAV3 (Recon Navigation System 3) retrofits to current DPD users in addition to new-build units. RNAV3, which is powered by Vermont, USA-based GreenSea Systems’ patent-pending openSeaTM navigation control software suite, is both modular and multi-role with the capability of either ‘clipping’ into the DPD control console, or for use in handheld mode. The unit is small enough to be carried by an individual diver, providing navigation cues, guiding and maintaining course. When installed in the DPD, the RNAV3 (like its predecessor version) reduces pilot workload with an optional autopilot capability that represents a breakthrough in control and navigation previously unachievable with existing technologies. 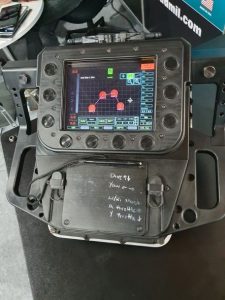 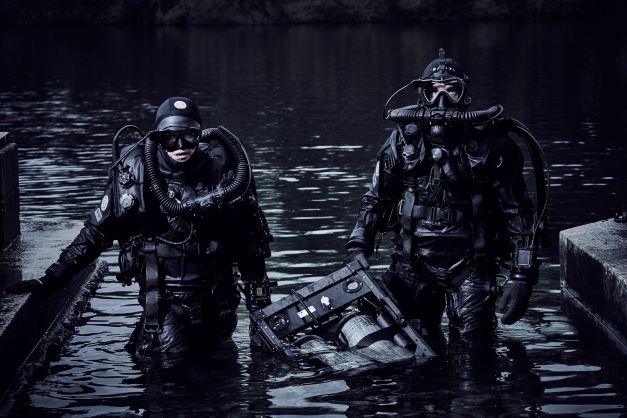