Designated as a ‘heavy attack’ UAS, the OKHOTNIK variant sported a new feature – a flat engine nozzle. This has meant a significant reduction in both thermal and radar signatures has been possible, considerably increasing its potential utility to UAS doctrine within the Russian armed forces. Based on extensive feedback from the forces, Sukhoi is also creating a new ground control centre that has been entirely redesigned in line with expressed operational requirements.

Developed under the so-called HUNTER programme from 2011 onwards, OKHOTNIK was developed as a maritime UAS to provide multiple functions at sea: target designation for surface vessel- and submarine-based weapon systems; maritime reconnaissance; search, monitoring and strike missions at long range. The Sukhoi C-70 HUNTER, which some US analysts have termed “a real beast,” is 14m long with a wingspan of 19m and a take-off weight in the 20t region – 8t of which is reputedly the weapons payload, which can allegedly include hypersonic missiles. First flown in 2019, HUNTER has a range of 6,000km, according to unofficial Russian estimates.

In addressing attendees at the event, Krivoruchko noted that OKHOTNIK is a highly autonomous machine and makes use of extremely advanced artificial intelligence techniques. Claiming this – and other, unspecified advances place Russia significantly ahead of their global competitors in this sphere, he went on to highlight the spin-off benefits of the technologies demonstrated on the UAS,

Yuri Slyusar, General Director of UAC, stated that “[…] the S-70 is a promising aviation platform with great potential for the development of a family of unmanned systems of the future on its basis.  Work under the HUNTER programme is one of the key areas for Sukhoi and UAC.  The development of the unmanned direction fully meets the challenges of the time and the needs of the customer.  Today we are making every effort to complete the tests as soon as possible and enter serial production.” 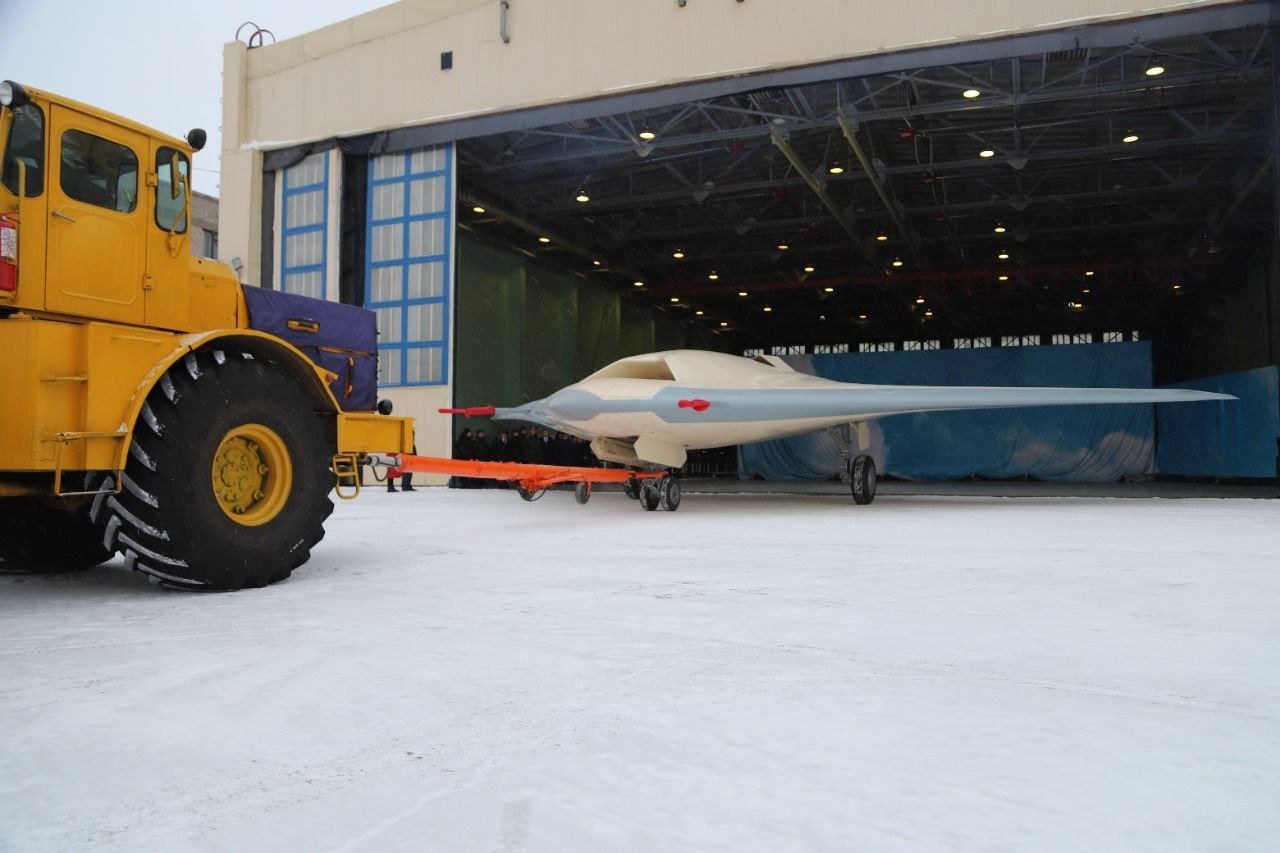 OKHOTNIK being rolled out in Novosibirsk. (Photo: UAC)