The acquisition expands the fleet of Hermes 900 (designated RQ-900 by the FAB), increasing operational capacity, particularly in ISR, in which the service acts in conjunction with other government agencies. Lieutenant Brigadier Carlos de Almeida Baptista Junior, commander of the FAB, stated “The signing of this contract to expand our fleet of remotely piloted aircraft is another step in building the capabilities that the Brazilian Air Force of the future needs. These capabilities are built through the combination of material, personnel, infrastructure, and doctrine, among various factors. In the case of material resources, our greatest challenge is to prioritise what we need to acquire, compared to the resources that are made available to us. The contract signed today demonstrates the priority we are giving to these remotely controlled systems, which have proven to be very important not only for the defence of Brazil, but also for actions to combat transnational crimes, illegal mining, and control of fires and deforestation. They are systems of great importance for our country […] The reception of these new aircraft places us at the level of an operational squadron, which now has the capacity to fulfil the mission even more effectively, being able to replace aircraft in flight, which is very common in the use of UAVs, extending the operating time.”

Gal Lazar, President of AEL, emphasised that the new acquisition translates to an unprecedented operational leap for the country’s intelligence capabilities. “This contract is turning the page on UAVs in the country. You are transforming a simple concept into a really strong operating capability. A squadron will be able, now with three planes, to carry out more complex missions. With the ability to control these aircraft via satellite anywhere in the country, this new acquisition will bring a great military capacity to the Brazilian Air Force.”

The Hermes 900 is a large, flexible UAV with advanced system capabilities. The FAB’s UAVs have been used, for example, in support of Operation Samaúma, monitoring and scoping the extent of environmental crimes in the Amazon, including extensive illegal deforestation. 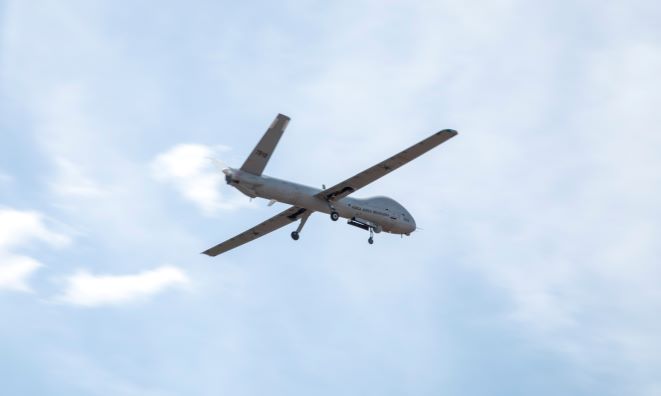