The Turkish defence and aerospace industry exported 21.78% more goods in the first seven months of 2018 compared with the same period in 2017, according to figures released by the Turkish Exporter’s Assembly (TIM) on 1 August. The total of U$1.104 billion for the period was marked by significant achievements in April ($190 million), May ($190.2 million) and July ($197.3 million). The sector is emerging as an alternative source of supply providing lower-cost, combat-proven and highly efficient products and services that offer a lower threshold of potential problems for buyers.

A flagship for the sector and already a global player in its fields of activity, Aselsan secured contracts in the first eight months of the year valued at approx. TL4.214 billion, plus $1.394 billion, plus €646.4 million – the total equivalent to €2.394 billion, with an additional TL1.5 billion (€195 million) dependent on the MoU for the IFF and Digital Communication Network System projects. (Due to currency fluctuations caused by the current political crisis, it is difficult to relate the value of the Turkish lira to the Euro with any consistency, given the execution periods of most of these contracts. – Editor)

For example, on 2 July the company secured a €94.7 million contract to supply an undisclosed number of SARY remote controlled weapon stations (RCWS) to the Turkish Army, Gendarmerie and Coast Guard, for delivery 2018-2021.

Aselsan’s Deputy General Manager, Mustafa Kaval, revealed during a press event in May that the company manufactures seven SARPs per day, around 150 per month. At that time some 1,458 SARPs had been manufactured (10% of them for export customers such as Kazakhstan and Qatar) and the average price point runs some $200,000.

Also in July, Aselsan received a $254.7 million contract from Turkish Aerospace, which MONCh understands to have been a subcontract for the T129 ATAK helicopters on order for the Pakistan Army. Later in the month Aselsan signed a contract amendment (€96.7 million plus TL25 million) to the FIRAT-M60T project, increasing the number of M60T tanks to be modernised from 120 to 160 and authorising installation of the AKKOR PULAT active protection system. At the end of the month a further contract amendment was signed, valued at TL247.5 million plus $33.7 million, under the Modular Temporary Base Area project, for additional Modular Base Security Systems to be delivered to Turkish Land Forces. A series of contracts and amendments since 2013 have increased the number of base areas to receive the system to 48: Turkish President Recep Erdogan added a further three bases to the list in his 100-Day Action Plan, unveiled on 3 August, and the green light has already been given for a further 40.

In August, Aselsan signed a contract for $37.6 million plus TL214.9 million to deliver a digital communication network by 2019-2020 and another (TL900 million plus $430 million) for four Standoff Electronic Support/Electronic Attack systems to be integrated on business jet platforms for Turkish Air Force Command, delivery to be achieved 2023-2027. Turkish Aerospace will conduct the necessary structural modifications to facilitate installation of the systems, designated Air SOJ.

On 3 August, Baykar Makina announced it has delivered six BAYRAKTAR TB2-S armed UAS to the Turkish Gendarmerie General Command (TGGC). The delivery was made subsequent to successful completion of acceptance testing for the new configuration (two underwing hardpoints on each side plus a single L3 Wescam CMX-15D FLIR payload). Along with three ground control stations, this delivery constitutes the second batch of the 12 aircraft ordered by TGGC during IDEF 2017: the first six aircraft were delivered in May.

During a press briefing on 8 August, Baykar Makina General Manager, Haluk Bayraktar, revealed that the AKINCI (Raider) attack UAS (aka UCAV) prototypes will initially be powered by a pair of the enhanced variant of TEI’s PD170 turbodiesel engine, uprated to 210 hp and dubbed the PD210. Developed by TEI for the ANKA MALE UAV, the PD170 develops 120hp at up to 30,000ft and 170hp at up to 20,000 feet. According to TEI, it can be uprated to 210hp with only minor modifications. The uprated engine is currently undergoing bench testing, according to Mr Bayraktar, and is believed to be the preferred option for accelerating the AKINCI ground and flight test campaign, until the 550hp engine, for which the UAS was originally developed, can be sourced, locally or internationally.

TurAF trainees at Luke consist of 13 student pilots (who will receive Transition and Instructor Pilot training) as well as 325 maintenance personnel. The contingent is commanded by Col. Ziya Kabasakal.

On 16 August at a conference in Ankara, President of Defence Industries Ismail Demir announced that one of the ALTAY Main Battle Tank prototypes is currently undergoing field tests in a foreign country (which sources indicate is Oman) and will be moved to another foreign country (which MT understands to be Qatar) on completion of the tests.

The ALTAY appears to have been undergoing trials as part of the tender process for the new generation tank requirement for the Royal Army of Oman. The foray to Qatar is believed to be in support of a request for a demonstration to the Qatari Armed Forces, which procured 62 LEOPARD 2A&+ in 2013.

The T625 Turkish Light Utility Helicopter (TLUH) prototype will conduct its maiden flight on 6 September at 6:00am, MONCh understood as this was published. Designed, developed and manufactured under a $687.3 million contract awarded in June 2013, the T625 is an indigenous twin-engine, 5t-class light utility helicopter with a take-off weight of 6t, powered by two CTS800-4T turboshaft engines. It can accommodate a pilot and co-pilot, and up to 12 passengers.

Mr Demir announced completion of the prototype on 19 August. The aircraft is being developed for both domestic and international markets. The Turkish Army plans to use it to meet its helicopter training requirement, but it also addresses the growing needs of Turkish public and private sector operators.

An announcement from Mr Demir on 27 July revealed that the first live drop-test of the SOM-J missile has been conducted. MONCh understands the test was performed by an F-16C from the 401st Flight Test Squadron and took place over the Sinop test range. Prior to the commencement of flight testing, the SOM-J air launched anti-ship missile has been matured and proven in a ground test campaign, which included warhead performance testing at QinetiQ test facilities in the UK earlier this year.

Prior to the live-drop test, captive carriage testing (a flight test mission to ensure the weapon will perform its designated functions prior to being released from the aircraft) was performed in the same week: both missions were tracked by the telemetry station established at Bartın. The aim of the live-drop test is to verify the SOM-J’s ability to be safely released from the aircraft and perform its autonomous functions. The SOM-J tested was a glide weapon with an active autopilot, but without a live engine or warhead. During the coming weeks, follow-on release and live firing tests will be performed with missiles with live engines and navigation avionics, but without warheads, until the final flight tests, in which it will actually hit a target with full mission systems software and guidance. The first live firing test for SOM-J against a target is scheduled for early 2019. 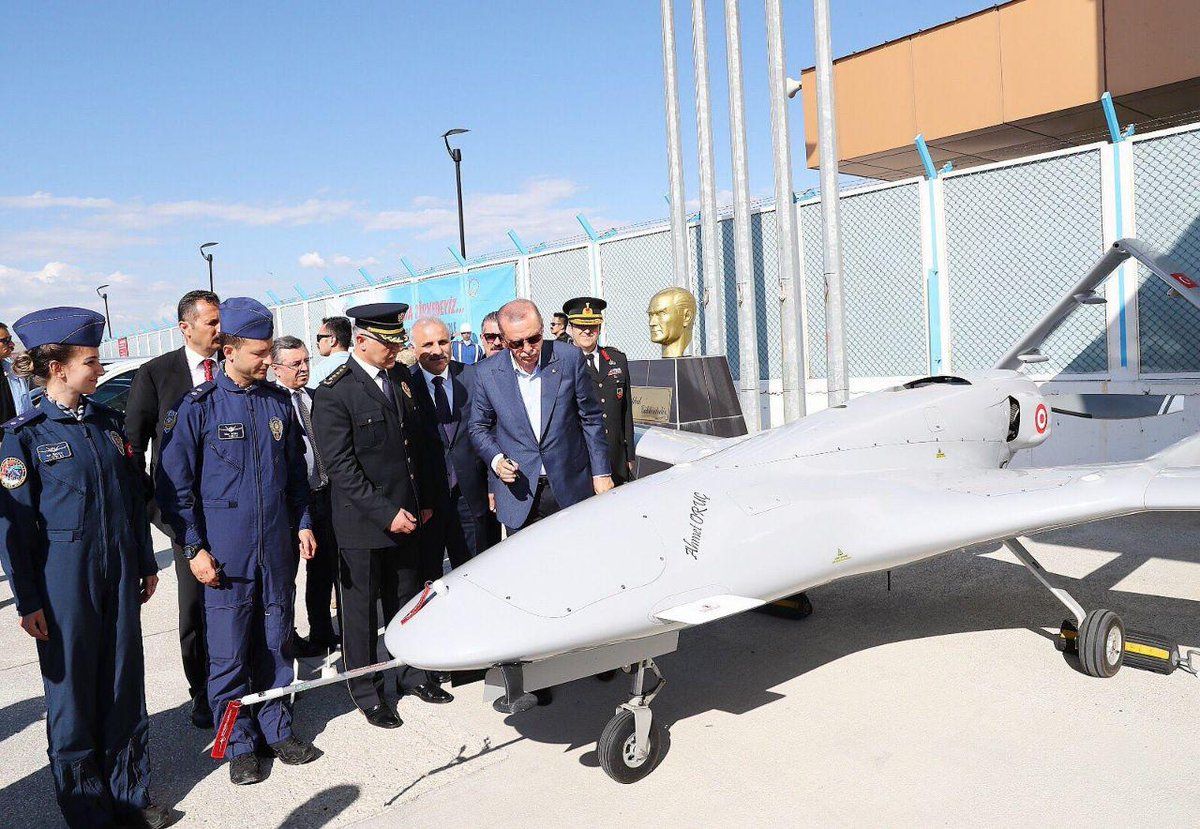