Trigalight, a Swiss-based microtechnology company which manufactures gaseous tritium light sources, used in aerospace, security and defence applications, established a recycling facility in December 2020. The company has confirmed that, less than a year after activation, the facility is achieving recycle success rates in excess of 90%.

Tritium, a radioactive isotope of hydrogen, is used in huge quantities in nuclear weapons, but smaller amounts have found wide application as self-powered luminescence sources. As the tritium decays (its half-life is about 12 days), electrons released react with phosphor and cause it to glow. Despite the constant radioactive decay, this luminescence reaction lasts for many years, and tritium light sources are often considered permanent illumination. Applications include luminous markers in rifle scopes, handgun night sights, aircraft instrument dials, compasses and wristwatches.

Trigalight’s recycling facility – which, the company says, is the first such capability in the world – is used to recycle tritium from production cutoffs, but the company also offers to recycle the isotope from products sold in the past. At present, this can only be offered to customers in Switzerland, as export restrictions apply to most products containing tritium. The quality of the recovered tritium is reputedly identical to newly purchased gas. The recycling facility is part of an holistic approach to sustainability adopted by Trigalight and its parent company, MB-Microtec AG. The firm opened a new headquarters in Niederwangen in 2018, that features a double septic system, exhaust air purification and a thermal heat pump system to reduce emissions and minimise energy consumption.

“With the successful development of a recycling facility, we could make a long-time vision come true,” said David Corpataux, Executive Director of the facility. “Today we are able to recover over 90% of the tritium that is not being utilised in the final product, or is left in old products for reuse. Consequently, we can save tritium resources and significantly reduce transportation.” 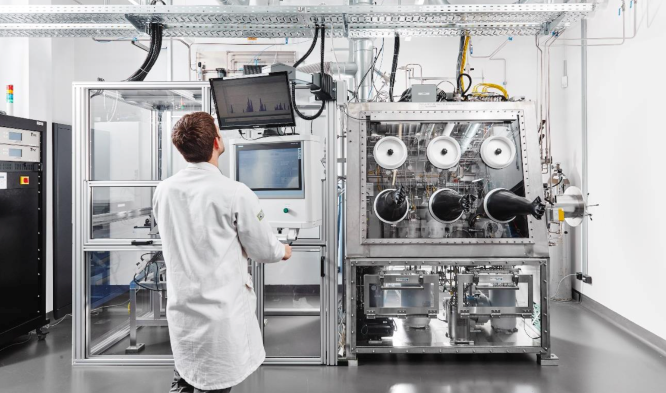 Trigalight is the first company in the world to recycle tritium. (Photo: Trigalight)