“Shipbuilding is Where We Come From…”

thyssenkrupp Marine Systems (tkMS) is to take over the shipyard location of MV Werften in Wismar, between Lübeck and Rostock on Germany’s Baltic coast.

The employees were informed at a 10 June meeting by the insolvency administrator, Dr Christoph Morgen, in the presence of the Minister of Economics for Mecklenburg-Vorpommern, Reinhard Meyer, tkMS CEO Oliver Burkhard and IG Metall District Manager, Daniel Friedrich. With this move, one of the most traditional shipbuilding locations in Germany once again has a long-term outlook.

With a view to the future, tkMS could produce submarines at Wismar during the course of 2024. The main impetus for this is an order for more submarines from the German government, and the resulting investments in upgrading the shipyard. The extent of such a commitment by tkMS depends on the scope of any contract award: more orders mean more jobs. If production ramps up in the course of 2024, tkMS could hire some 800 new employees. Moreover, if additional orders are received in the surface sector, this number could increase to over 1,500.

“We come to Wismar to give not only Marine Systems, but also the location and the people here, a real perspective. Shipbuilding is where we come from and shipbuilding is where we want to go. And we will do this together with the workforce – and with as many as we can! We are convinced that together we can be successful and that this partnership is good for everyone,” stated tkMS CEO, Oliver Burkhard.

Minister Meyer added, “Shipbuilding lives on in Wismar. The new owner, thyssenkrupp Marine Systems, has identified encouraging prospects for the shipyard site. In the past, the employees have successfully proven that they can build ships and master complex challenges. There is an opportunity with thyssenkrupp Marine Systems to preserve as many jobs as possible in the maritime industry.”

The contract now signed marks the end of an open investment process for the Wismar shipyard lasting several months. The insolvency administrator of MV Werften, Dr Christoph Morgen, has thus achieved the best result for the insolvency creditors, and at the same time developed a strong outlook for the future: “I am delighted that with thyssenkrupp Marine Systems we have found a new owner who will uphold shipbuilding in Mecklenburg-Western Pomerania over the long term and even expand it wherever feasible. However, I am also aware that the road to a fresh start will be long for the employees of the shipyard. That is why I shall continue to do everything I can to shape the transition and to secure employment for as many employees as possible.”

The parties agreed not to disclose the purchase price. In addition to the necessary investments in infrastructure, further qualification of the staff is also necessary. If the order situation allows, they will be recruited primarily from a transfer company set up for the former employees of MV Werften. In addition, there is consensus on, among other things, the employment of apprentices and the establishment of co-determination structures. This was agreed by tkMS and IG Metall Coast. 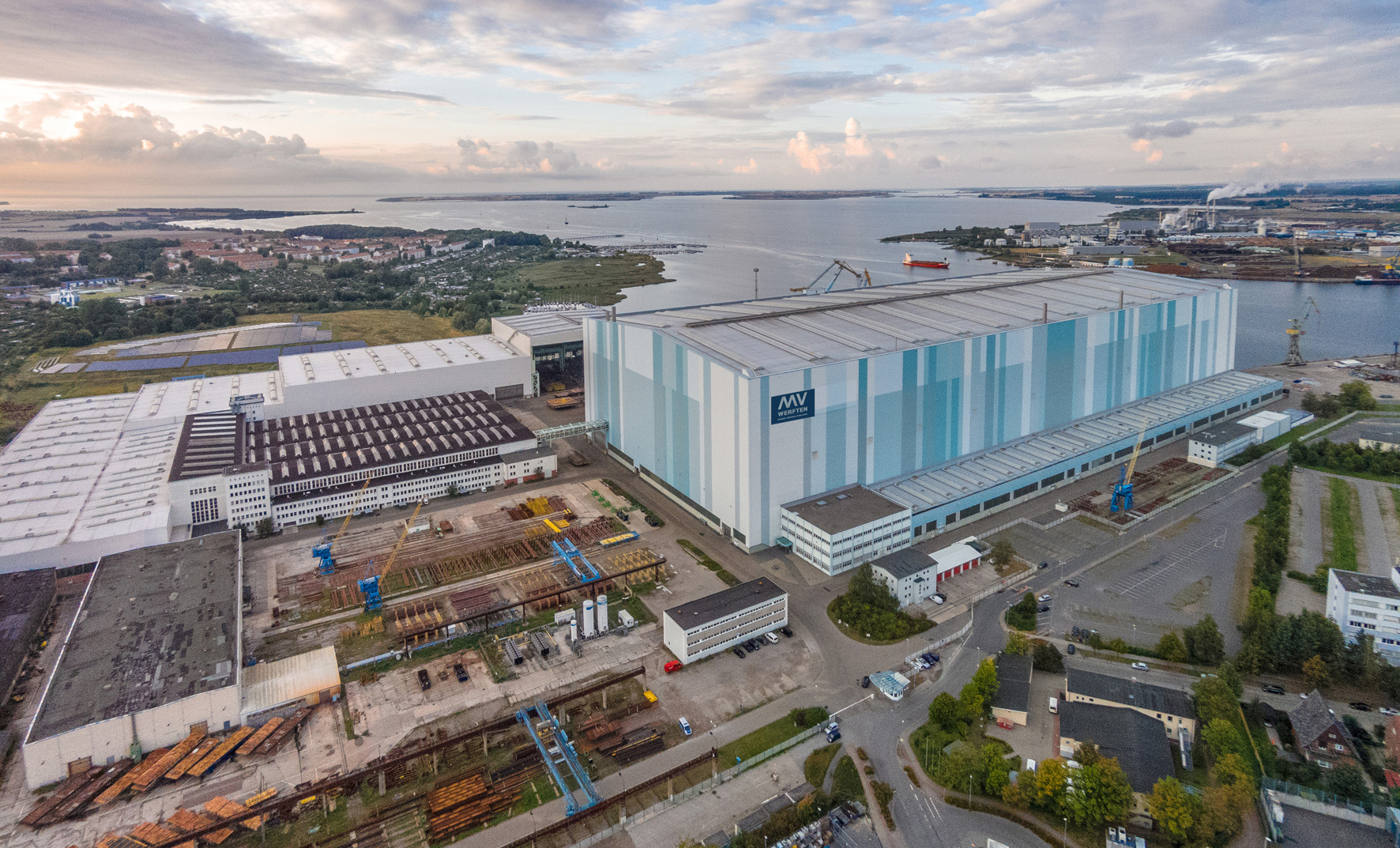