From ‘Strategic Compass’ to PESCO

At the heart of the ministers’ discussion, Borrell explained, was the first draft of the Strategic Compass – the political guide for the next 5-10 years regarding “measures and timelines” for EU action, as the bloc becomes increasingly surrounded by instability. A guide that is based on four keywords – secure, act, invest and partner – and that has to consider the nature of the new challenges and conflicts – no longer ‘black or white’ but hybrid, characterised by scenarios in which “everything is weaponised,” as the Belarus situation shows, he explained.

To respond to such challenges (then act), the Compass foresees the development of an EU rapid deployment capacity, a ready and interoperable force of up to 5,000 men, whose codeword will be ‘modularity,’ meaning it has to adapt any missions, numerically as much as in any other regard.

When it comes to strengthening resilience and protecting citizens against cyber attacks, another feature of modern warfare, the Compass proposes a hybrid toolbox for a coordinated response to hybrid campaigns. And for space, Borrell reported, an increasingly important domain, it recommends the development of a dedicated strategy.

Compass also highlights the need to strengthen industrial capabilities (“invest” ) and cooperation among countries as the best way ahead for EU industry.

The fourth action, “partner,” refers to the need to strenghtenen, without duplication, under the banner of complementarity. And to those who still doubt, Borrell emphasised that “Nobody wants [to create] an alternative to NATO“.

But the link with the US seemed to go beyond NATO. Indeed, Defence ministers endorsed the mandate for negotiating an administrative arrangement between EDA and the US DoD – within the framework of third party participation in PESCO projects – that might open new scenarios for transatlantic industrial cooperation.

On 16 November, the Council also approved 14 new PESCO projects under the fourth ’PESCO wave’ – bringing the total number of projects to 60. They are distributed across five military domains, ranging from the air to maritime, cyber and space.

A new airborne project aims to fill a critical capability shortfall for Germany, the Czech Republic, France, the Netherlands and Slovenia (and possibly others in the future): a Strategic Air Transport for Outsized Cargo (SATOC).

Spain, Germany, Portugal and Slovenia have joined in a project to build a Next-Generation Small RPAS (NGSR), a 150kg, highly-deployable, multi-purpose, multi-role tactical RPAS, which could also be used for law enforcement operations.

Caterina Tani, based in Brussels, is Mönch’s NATO and EU Affairs Correspondent

[An interview Caterina Tani recently conducted with General Claudio Graziano, Chairman of the EU Military Committee, in which he deals at length with questions of the rapid deployment capability, will appear in MilTech 6, published on 8 December. – Editor] 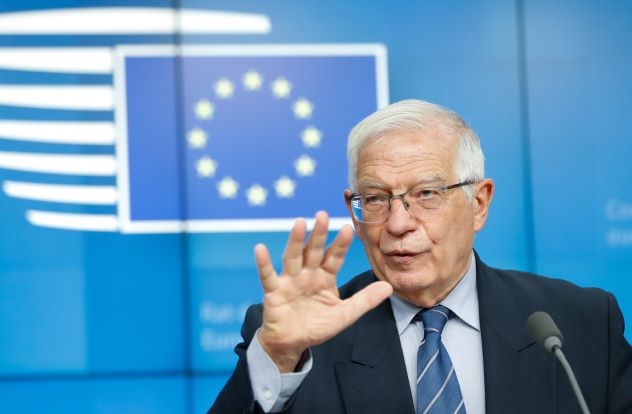