Lincad has announced that the company has received a contract from Thales UK for a further supply of batteries for the SquadNet radio. No value, timescale or production numbers have been made public.

“We worked with Thales on the original design, and the inevitable success of the radio has led to further orders,” said Peter Slade, Lincad’s joint managing director.

The SquadNet radio was launched in 2015, has a point-to-point range of 2.5km and includes a GPS receiver. Data can be transmitted via IP to Android devices, allowing soldiers to see each others’ positions. The system also allows for up to three ‘hops’ between users due to its automatic relaying mode, which turns each user handset into a node in the communications network. This extends the 2.5km range to 6km. 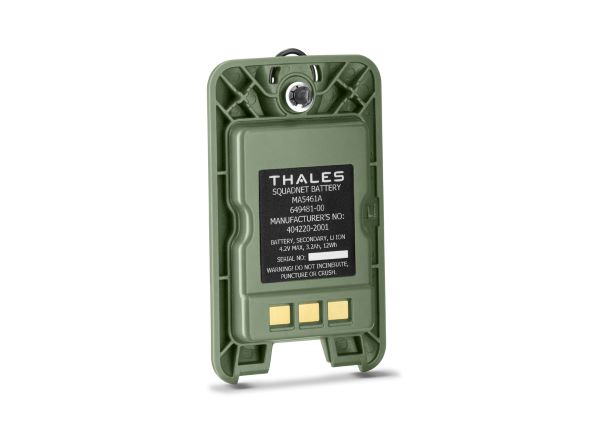 The SquadNet battery is charged while the unit is attached. (Photo: Lincad)