Thales Australia and EXPAL Systems have entered into an agreement establishing sovereign capability in Australia for large-calibre munitions and fuzes.

The agreement facilitates transfer of technology and IP to Australia and supports development of new manufacturing processes, enabling local production of critical munitions including, 5in Charge Propelling (CP) and HE projectiles, as well as advanced fuze solutions.

The Royal Australian Navy (RAN) currently uses 5in naval munitions manufactured and supplied separately by EXPAL in Spain and Thales in Australia.  The new agreement between not only provides the RAN greater ‘on demand’, localised access to leading 5in technology, but also greater surety of supply for critical 5in munitions capability.

Corry Roberts, VP Land, Thales Australia & New Zealand, said: “Over the past 12 months we have established significant partnerships with some of the worlds’ preeminent munitions providers, including EXPAL, to nurture technology transfer to Australia and establish local production capability of critical munitions.  This is a clear demonstration of the company’s long-term commitment to growing and maintaining an enduring, sustainable and resilient sovereign industrial munitions capability for the Australian Defence Force.” 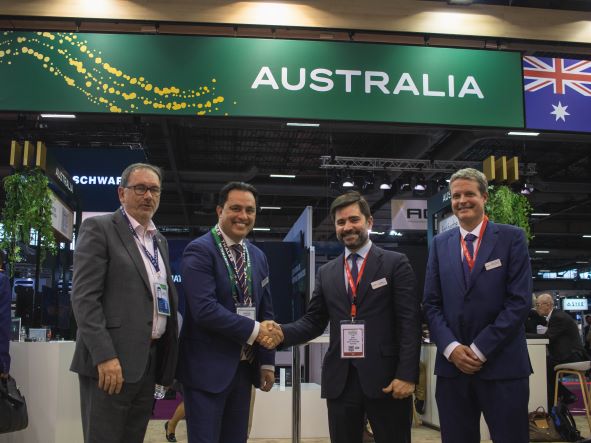 Officials from both companies celebrating the agreement. (EXPAL Systems)