Having delivered seven of its aunav.NEXT explosive ordnance disposal (EOD) robots to Thailand in 2020, the Spanish company aunav has now supplied a further batch, consisting of “more than ten” robots.

aunav.NEXT is the only robot on the market with two arms capable of acting in synchronicity. Designed and manufactured entirely in Spain, the platform is designed to execute tasks that require significant precision, as well as those requiring maximum strength. It can lift up to 250kg using one arm, while the other is specifically designed for tasks requiring great dexterity.

The delivery also included seven aunav.VAN C2 vehicles – rapid transport and intervention units developed to serve the needs of EOD and CBRN threat response teams. The company has sold over aunav.NEXT 200 units to 16 nations around the world, with China, India and Vietnam numbered among current operators in Asia. 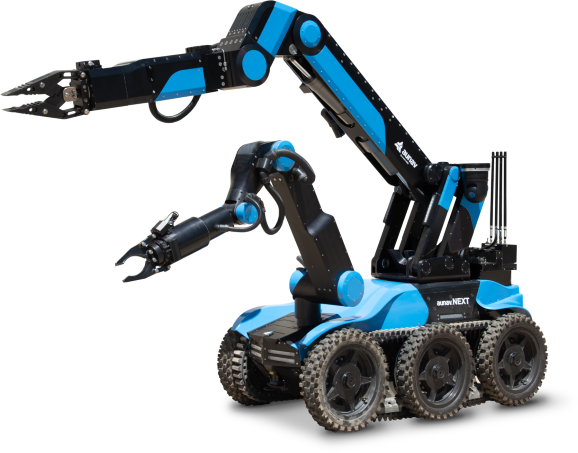