TESS – Is it All Good News?

[In the wake of the renamed and postponed IT2EC conference and exhibition in London last month, MON asked Edward Soden to examine a particularly topical aspect of live training. – Editor]

In defining live training, the global training and simulation (T&S) community holds that personnel, vehicles and weapons are all real – only the ordnance is simulated. As far as ground forces are concerned, live training takes place using laser-based Tactical Engagement Simulation Systems (TESS), whereby ordnance is simulated by laser emitters firing laser pulses at personnel or vehicles fitted with laser receptors; this process being enhanced with pyrotechnic effects.

TESS has been used for force-on-force (FoF) training since the 1970s, following the deployment of the American Multiple Integrated Laser Engagement System (MILES) that created a training environment for infantry and armour units. Initially a one-way system, TESS has since become more sophisticated, with the deployment of two-way systems that simulate weapon-specific ballistics and record firer and target data.

These improvements to TESS FoF training are evident in the addition of virtual overlays to depict indirect fire and air defence engagements, the ability to simulate medical treatment or chemical, biological, radiological and nuclear (CBRN) effects, for example. There is also increased use of geo-pairing to improve ballistic accuracy, but the military still has a number of concerns about the efficacy of TESS. The biggest worry is not what TESS can achieve, but the negative training that it can and frequently does, impart.

In 2010, a US Defense Advanced Research Projects Agency-sponsored report concluded that unit casualties were significantly reduced after the first five firefights. A major contributing factor in the higher casualty rate engagements was the improper use of “cover and concealment.” Unfortunately, TESS training does not adequately reinforce such self-protective skills, as lasers will not penetrate leaves, thin walls or smoke; bullets will.

In 2016, a USMC report raised further concerns. “With laser engagement systems, basic rifle marksmanship skills are not reinforced, such as leading moving targets and adjusting barrel elevation based on target range. In fact, laser engagement systems reinforce bad habits in these areas.” To this list can be added the lack of recoil that would be experienced firing live ammunition from small arms and the smoke obscuration and noise from firing crew-served heavy weapons.

More recently, the US Army’s Synthetic Training Environment Cross Functional Team (STE CFT) has raised concerns about systems such as MILES in that they are unable to accurately represent “half of the small arms and munitions currently issued to a light infantry platoon.”

One significant drawback of TESS is the benign environment of the battle, compared to a real firefight. The former does not come close to simulating the noise, smoke, smells, confusion and fear of the real battlefield. This lack of realism is driven by two factors: safety and cost.

Health and safety legislation has meant the decibel level of pyrotechnics, including blank ammunition, has reduced significantly over recent years and does not come close to replicating the sound of a 120mm APFSDS round being fired – or the catastrophic damage as it hits a target. How, therefore, does TESS simulate an armoured vehicle hit by such a round? Currently with a flashing light or a smoke canister – a poor substitute.

More could be achieved with pyrotechnics  and the second limiting factor – cost: they are expensive and therefore in short supply.

In a real firefight, those under fire are immediately aware because of the ‘crack and thump’ of bullets passing overhead or hitting the ground around them. This generates fear, significant psychological and physiological stimulants that are not mirrored by a squawk and a synthesised voice telling the wearer that they have been hit in the left leg!

The lack of realistic target effects is further magnified when it comes to the effects of artillery or mortar fire. Observer Controllers throwing thunderflashes, or cartridges being detonated in a fire marker unit do not really come close to reality.

These terminal effects are not only important when it comes to those under fire. The firer also needs to see the effects. Machine gunners, for example, need to see the fall of shot through tracers and ground impact to enable them to ‘walk’ fire on to the target at longer ranges.

True, industry should be congratulated in adding technologies such as geo-pairing, improved two-way lasers, better instrumentation to allow medical and CBRN play to take place, as well as the addition of virtual air defence and UAS but, in truth, these are peripheral when compared to the many negative training lessons being generated by current TESS.

Industry, academia and the user community need to work together much more closely to address these issues to iron out the negative training currently generated by live training. 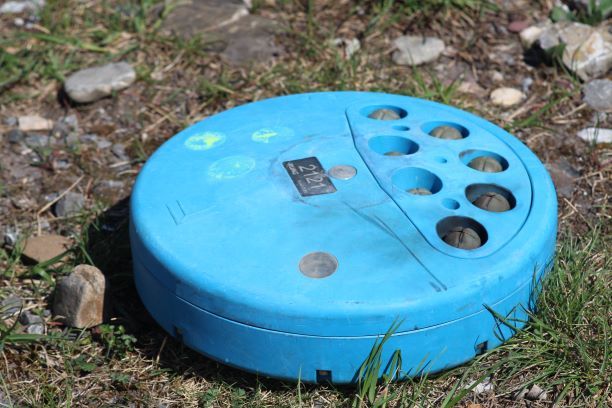 Fire Market Units are used to simulate artillery or mortar fire, but their presence tends to warn trainees that they should consider moving. (Photo: Author)