Teledyne FLIR Defense has launched a laser designator payload for small UAS, and the firm says the new capability will prove transformational in reducing the time taken for deployed troops to generate NATO Standard targeting co-ordinates.

The system – called StormCaster-DX – has been built to operate on board the company’s R80D SkyRaider quadcopter. Its primary instrument is a laser spot tracker, which can be used to guide precision weapons onto a target. The unit also integrates two FLIR Boson 640 longwave infra-red thermal imaging cameras to support both day and night operations. The system is effective at ranges of up to 10km from the target.

The capability has previously only been available from larger UAS or manned platforms, which – unless they are already on-station during a previously planned operation – could take considerable time to fly to the operating location. A SkyRaider UAS equipped with StormCaster-DX could be carried by troops and deployed as required in response to developing situations, reducing by several minutes the time between soldiers needing to call in a precision strike and being able to do so.

“StormCaster-DX is an absolute gamechanger for small unit operations and represents a significant force multiplier,” Dr JihFen Lei, EVP/GM of Teledyne FLIR Defense, stated. “For the first time, [operators] will be able to survey and manage the battlefield while performing laser designation with standoff from a rucksack-portable drone, allowing faster decision-making and targeting that help ensure mission success.” 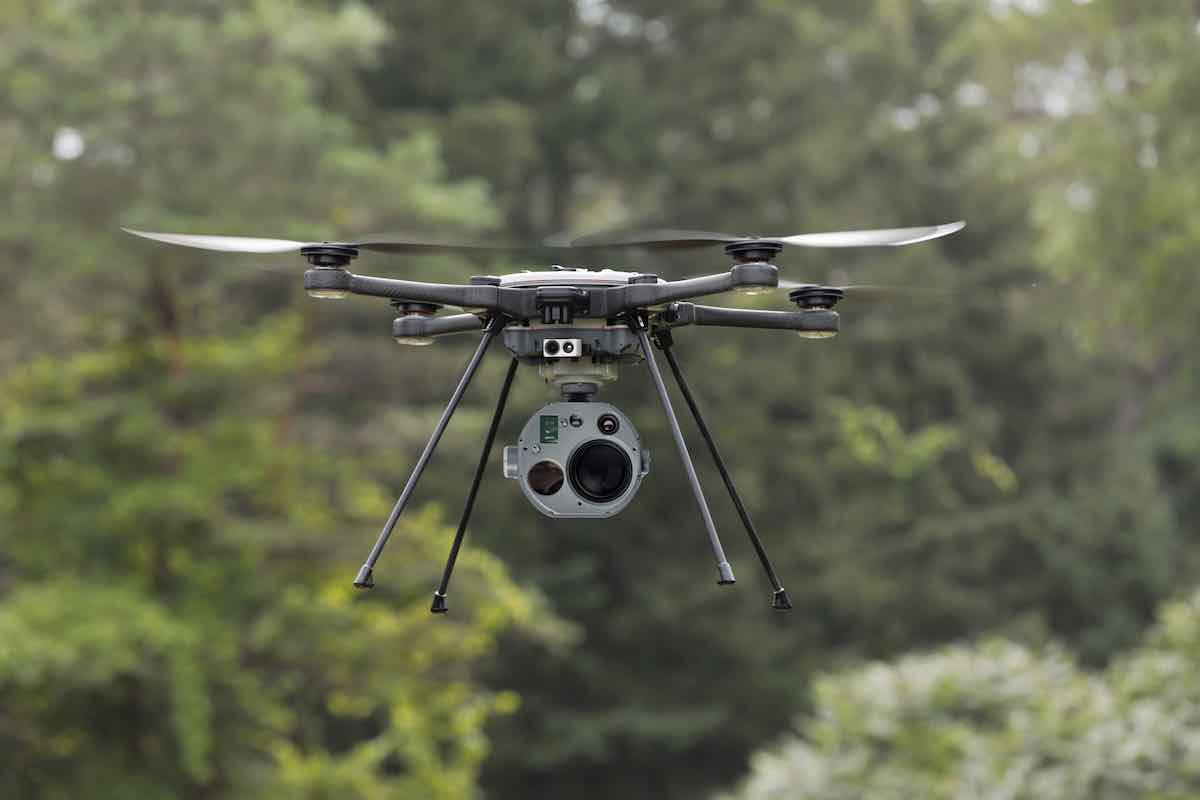 A SkyRaider aircraft with the new StormCaster-DX payload. (Teledyne FLIR)