The Republic of China Navy (RoCN) formally established its first two minelayer squadrons on 14 January at the Zuoying naval base, as part of Taipei’s efforts to enhance defences against a potential Chinese invasion.

The event, attended by President Tsai Ing-wen, also saw the induction of the first two (of four) ‘Fast Mine Laying Boats’ (FMLB) ordered in December 2018 from Lungteh Shipbuilding under Project ‘Yung Chieh’.

All four 41m vessels have been handed over to the navy, but only the first two were commissioned during the event, meaning that each of the newly created squadrons – under the 192nd Fleet – currently consists of one minelayer.

Each minelayer is 8.8m wide, has a draught of 1.7m and a full-load displacement of 347t, according to the RoCN. They are reportedly capable of reaching a top speed of 14kts, have a range of about 2,000nmi, and are armed with a T75 20mm cannon and two T74 7.6 mm machineguns.

Taiwanese officials have been quoted by local media as saying these boats have been designed “to face down an attack by amphibious vehicles trying to land in Taiwan”. They are part of Taipei’s efforts to not only enhance the island’s asymmetric warfare capabilities, amid growing tensions with neighbouring China, but also to further bolster the local defence industry, with Tsai saying that these “domestically-built fast minelayers mark yet another step forward for Taiwan’s own defence industry and will further strengthen our readiness and resilience in the face of evolving threats”. 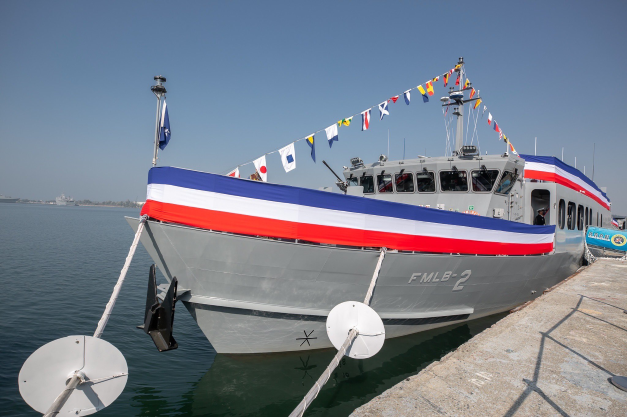