The company recently completed a series of test flights, at the Megiddo landing strip, using a demonstrator platform of the COROMORANT, subsequent to which appropriate changes will be made. According to CEO, Nimrod Golan, a new flight control system will contribute to improved platform stability. “The test flights were performed with our technology demonstrator, that is 80 % the size of the final operational CORMORANT,” he stated.

The IDF has ben seeking an unmanned solution capable of medical evacuation and resupply missions on the battlefield. The service’s new strategy – to use overwhelming firepower to bring engagements to a rapid conclusion – has increased the operational imperative for systems such as the CORMORANT. Tactical Robotics main current objective is to find an investor or strategic partner to transition the platform to series production.

The early prototype was powered by a Turbomeca ARRIEL 1D1 engine, later replaced by an ARRIEL 2. Originally the fans featured four-bladed rotors, but the latest iteration has six-blades, with staggered rotors to provide speed variation. An additional recent change is elimination of the thruster fans – the company found that such a modification to the internal fuselage shape, coupled with a few additional aerodynamic enhancements, brought the entire flight envelope within reach without thrusters.  This will reduce weight and complexity,  save 30% in aircraft width and will also contribute to lower signatures and higher survivability.  The change has already been incorporated in the current demonstrator, which has conducted a number of test flights since incorporation of the changes.

The composite airframe includes two 770l compartments, designed to accommodate litters and casualties, with room for a variety of life support equipment.  Initial interior cabin noise was measured in flight at 95dB, without any intrinsic acoustic treatment or liners. An additional 1,100l of usable volume is available in an optional belly-mounted compartment. The fuselage forms an airfoil and generates over 50% of lift at high aerodynamic speeds. A bulge between the ducted fans maintains airflow integrity, hence generating lift, while diverting the airflow to the aft fan for increased lift and thrust. 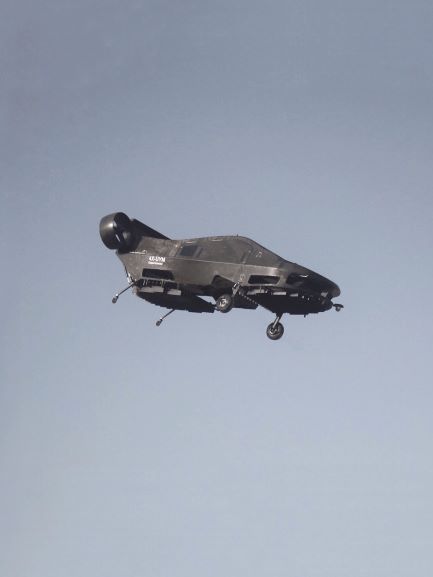 The CORMORANT now needs an investor or partner to take it to the next step. (Photo: Tactical Robotics)