The software combines situational awareness with tactical communications capabilities. The two products present the same basic functions in versions developed for different echelons: SitaWare Frontline is designed for mounted commanders, while SitaWare Edge is intended for use by dismounted soldiers. Both are now available in version 3.2 which, the company says, “boosts user capabilities across both products, speeding the OODA loop even further.”

SitaWare Frontline 3.2 “takes battle management tools to the next level,” according to the company’s product manager, Jesper Annexgaard, but it is SitaWare Edge that has been given the more significant upgrade. The software “now provides the dismounted commander with almost the same capabilities as mounted commanders,” he said.

Perhaps the most significant new capability introduced is the Map Maker feature included in SitaWare Frontline 3.2. Previously, maps in the system were generated at a headquarters level, and used by commanders in the field within the system. The new capability allows commanders on the ground to create maps while on the ground, giving the software greater flexibility and applicability to ongoing operations. “Units can create their own maps without needing the link back to HQ,” said Annexgaard. “They can do it in the field without having to ask HQ to deliver a new map. It cuts that demand out of the equation.”

Improvements to both versions include the addition of a high-frequency communications module which enables users to control the data they transmit, and to include attachments with chat messages, tracks of friendly forces and snapshots of situational pictures. In Frontline this is an enhancement and extension of an existing capability, but in Edge it is new, and brings the two versions closer together. 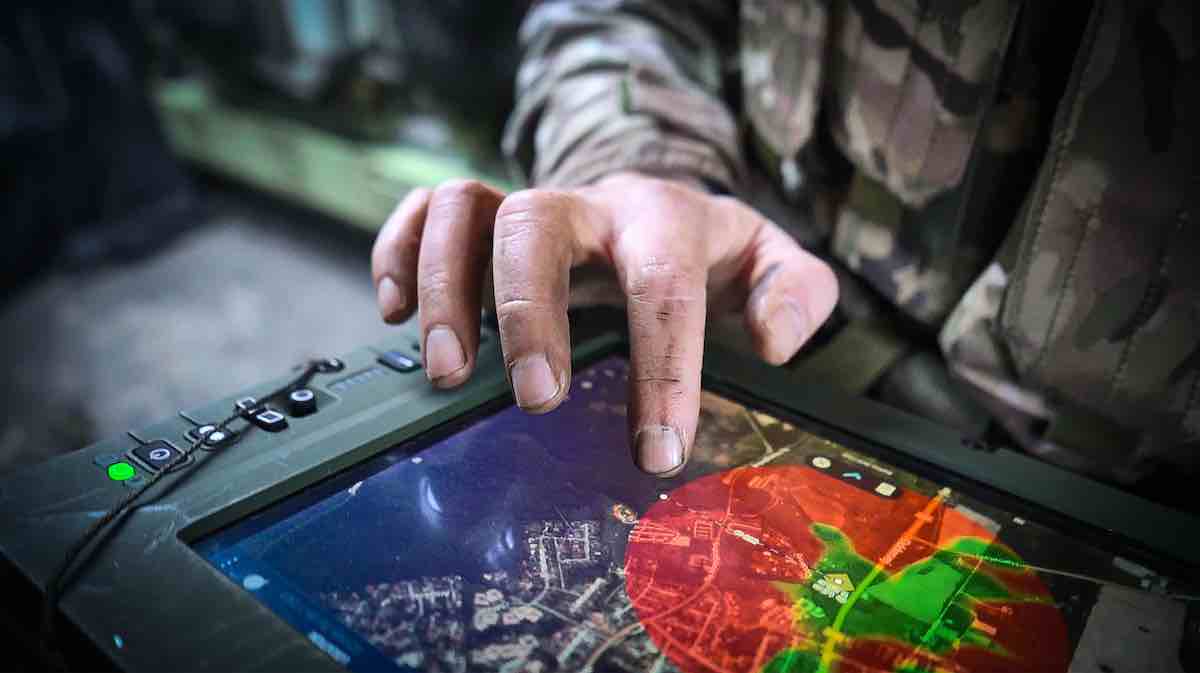 The vehicle-mounted system in use. (Systematic)