The forward section of the REIS-class submarine, including the torpedo tubes, has been delivered to Gölcük Shipyard Command. A capability mastered by only a handful of industrial nations, engineering and coordination services for this milestone achievement were provided by STM, the company announced on 16 September. “The localization of the Torpedo Section has been a significant gain in experience on the way to the National Submarine Project,” commented Prof Dr İsmail Demir, President of Defence Industries.

“We have made the first delivery of the Torpedo Section, which we are still producing for REIS-class submarines. In the project, we have succeeded in surpassing the targeted indigenousness rate. As part of NTSP, we have so far localised 33 systems. As STM, we have also contributed to the capacity development of domestic contractors by working with 19 local companies under the NTSP project,” commented Özgür Güleryüz, General Manager of STM.

The schedule calls for three more shipsets to be delivered by March 2022. 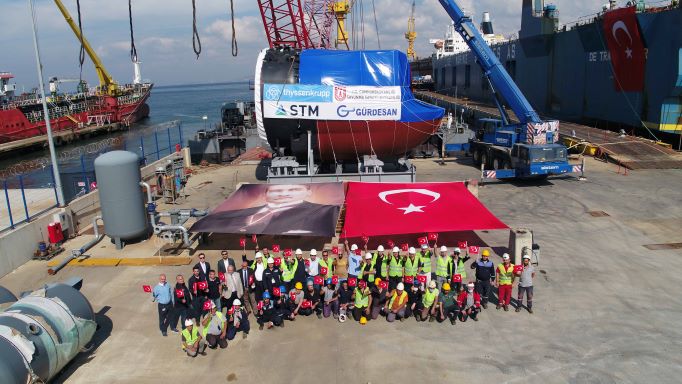