Docked at the pier of the Gaylord National Resort and Convention Centre, where Sea Air Space 2018 is currently taking place, is the Stiletto, a 26m ship that conducts maritime demonstrations to validate technical feasibility, explore operational value and reduce development risk.

Developed in 2005 as a concept demonstration under the WOLFPAC initiative, focused on developing multiple high speed, shallow draft boats networked for operations in the littorals, the Stiletto was subsequently passed on to the Assistant Secretary of Defence for Research and Engineering to provide engineering assistance to integrate and test systems aboard the craft thanks to its significant payload capacity and its ability to support unmanned systems.

While onboard the Stiletto, MONCh had a chance to speak to Wayne Brown, Director of Sales and Business Development at SAVOX, a company that provides communications products designed for use in demanding and hazardous environments and which is currently displaying its communications systems onboard. The system is a platform-based Command, Control and Communications (C3) infrastructure without a master control, which means that each module includes all the functionalities and if one of them does not work the others continue to function. The design of each module has also been kept as simple as possible in order to facilitate pressing use during complex and fast-paced missions. It is a software defined system adaptable to all the needs of the customers in that it includes a number of options for the microphone as well as for the radio software, which makes it future proof as it is input agnostic.

Currently the SAVOX C3 system is used in Europe, the Middle East and in the Asia-Pacific regions and it is now entering the US market. Indeed, SAVOX is looking at opportunities with the US Coast Guards, the Navy and the land forces. A miniaturised version has also been developed for the Department of State.

Asked what differentiates this system from competition, Mr Brown said: “Its scalability, its battle resilience since there is not one master system, but all systems can function independently, it is low power and the controllers are body-worn, which makes them easier to use.” 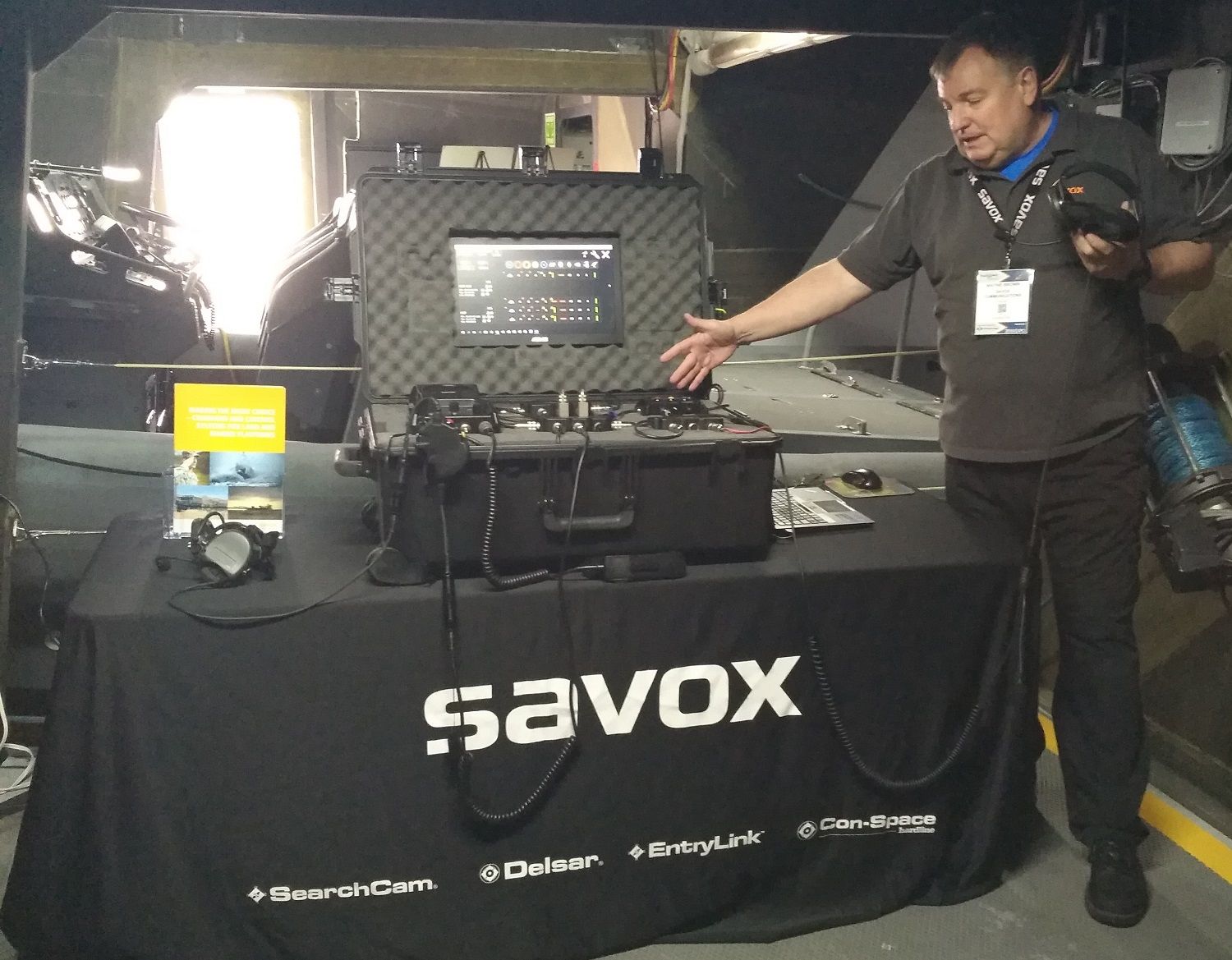