Drawing on the legacy of the widely operational HERMES 900 and HERMES 450 and their proven technologies, Elbit Systems has conducted an extensive multi-year R&D effort focusing on producing a mature UAS that complies with civilian airspace regulations and can be safely integrated into European NAS.

“Anticipating the rising security need for operating unmanned aircraft in the same environment with civilian manned aircraft enabled us to achieve this breakthrough,” Elad Aharonson, Executive Vice President and General Manager of Elbit Systems ISTAR Division, commented. “We are committed to maintain our approach of technological innovation based on an extensive operational experience and provide our customers with advanced yet mature systems that enhance effectiveness and safety when coping with the evolving national security needs.”

Meeting the strict safety and certification requirements of non-segregated airspace regulations required all the components of HERMES 900 StarLiner to be designed in full compliance with STANAG 4671 and to incorporate some of the most advanced aviation technologies, including: cooperative and non-cooperative Detect & Avoid Systems, Train Avoidance Warning System, Automatic Take-off and Landing in near zero visibility, redundant broad bandwidth line-of-sight (LOS) and beyond line-of-sight (BLOS) data link and adverse weather capabilities, such as de-icing and direct lightning strike sustainment. These technological enhancements allow the aircraft to operate in both visual and instrument meteorological conditions, and its powerful heavy fuel engine provides improved climb rate, extended endurance and higher ceiling and maximum speed.

Switzerland has signed a production contract for the Elbit Systems HERMES 900 UAV following selection of the type in June 2014. Worth $200 million, the contract award from the Swiss Federal Department of Defence, Civil Protection and Sport (DDPS) cames after the nation’s parliament approved the purchase of six HERMES 900 UAVs. The type is currently in serial production with a heavy fuel engine, which was a requirement of the original tender, replacing the IAI/RUAG ADS 95 system, which is expected to be retired in 2020. It is named HERMES 900 HFE in Switzerland. 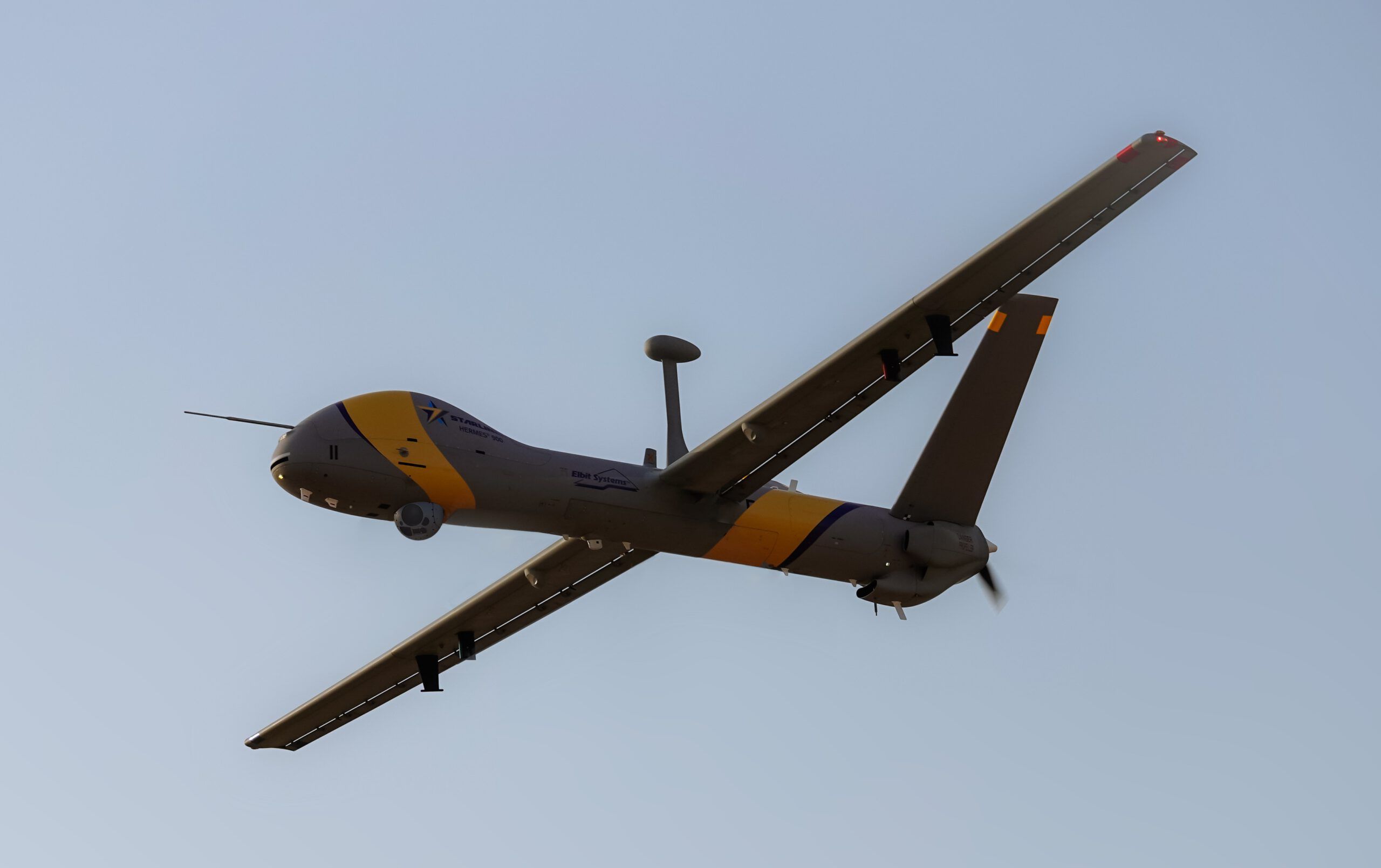