The 15th Annual Conference of the SPIKE Missile Users Club took place this year in Israel and was attended by around 100 senior representatives from 20 countries that have purchased or in process of evaluating the advanced missile system developed and manufactured by Rafael Advanced Defense Systems Ltd.

The SPIKE is a family of multi-mission, precise, electro-optical missiles. SPIKE missiles have been supplied to 29 countries around the world. These countries include Germany, Italy, Holland, Spain, Latvia, Lithuania, Slovenia, the UK, the Czech Republic, Poland, Romania, Peru, Chile, Colombia, Singapore, the Philippines, South Korea and more.

The SPIKE Club, hosted this year by the IDF, was established by NATO in cooperation with the IDF 14 years ago, and serves as a platform for international military gatherings in which the delegations share tactical knowledge, experience in training and operations, lessons learned, present to industry future operational needs and presented with future advanced capabilities of the SPIKE family.

In recent weeks, Rafael supplied the 30,000th missile, which was launched during the User Club conference by the Netherlands army team, which won the SMC-SPIKE MISSILE CHALLENGE. The SMC is an international exercise which took place in the IDF infantry school, in which SPIKE LR infantry squads from around the world competed against each other. The exercise is based on the concept of an annual international competition called “Strong Europe Challenge,” in which NATO tank crews from around the world compete for the best armour team.

The purpose of the exercise was to share military skills and share new doctrines among the ATGM units, as well as train against the best tactical ATGM squads in the world. The exercise was hosted by the IDF’s Chief of Infantry and Paratroopers Corps, and included a large number of SPIKE missile operators from all around the world. The week included multiple force vs. force exercises in day and night in which the SPIKE teams had to prepare a mission, tactically analyse the terrain, maneuver to firing position undetected and try to locate the other participating teams without being detected.

The week ended with a ceremony in which the Netherlands was declared as the winner in 1st place and received a trophy, followed by Belgium in 2nd place and Spain in 3rd. The SMC will be an annual event hosting the SPIKE squads each year in a different country. At the end of the conference all the delegations fired Live SPIKE missiles, including the 30,000th round.

The SPIKE is made up of four different configurations of highly-precise missiles for ranges of 50m to 30km, which have been integrated to more than 45 types of platforms worldwide, including various helicopters (both light and attack), vessels, a wide range of wheeled and tracked vehicles, and of course by infantry forces with low signature.

Last year, Rafael unveiled SPIKE LR2, a fifth-generation SPIKE variant. Since then, the IDF announced the purchase of about 1,000 such missiles for its infantry Corps. The SPIKE missiles play a significant role in the IDF’s ability to carry out precision attacks on targets, as was evident during the Second Lebanon War, Operation Protective Edge, and others.

The conference greatly assists the defense export of Rafael and related Israeli industries that produce auxiliary equipment for the SPIKE system, such as trainers, recording kits, test equipment, backpacks and more.

Moshe Elazar, Executive Vice President and Head Rafael’s Land Division noted that the existence of the SPIKE Users Club is a great honor for Rafael, and a show of confidence in the SPIKE, as one of the many advanced systems that Rafael has produced in 70 years since its establishment. “We thank all the delegations for coming and the IDF for the hospitality and cooperation over the years,” he said.

The company will be exhibiting the SPIKE family (SPIKE SR, LR/MR, LR2, ER, NLOS ) at Eurosatory 2018 in Paris, France, next week. For a teaser on these airborne, precise, multi-purpose tactical EO missiles, as well as new product being fielded, please click here. 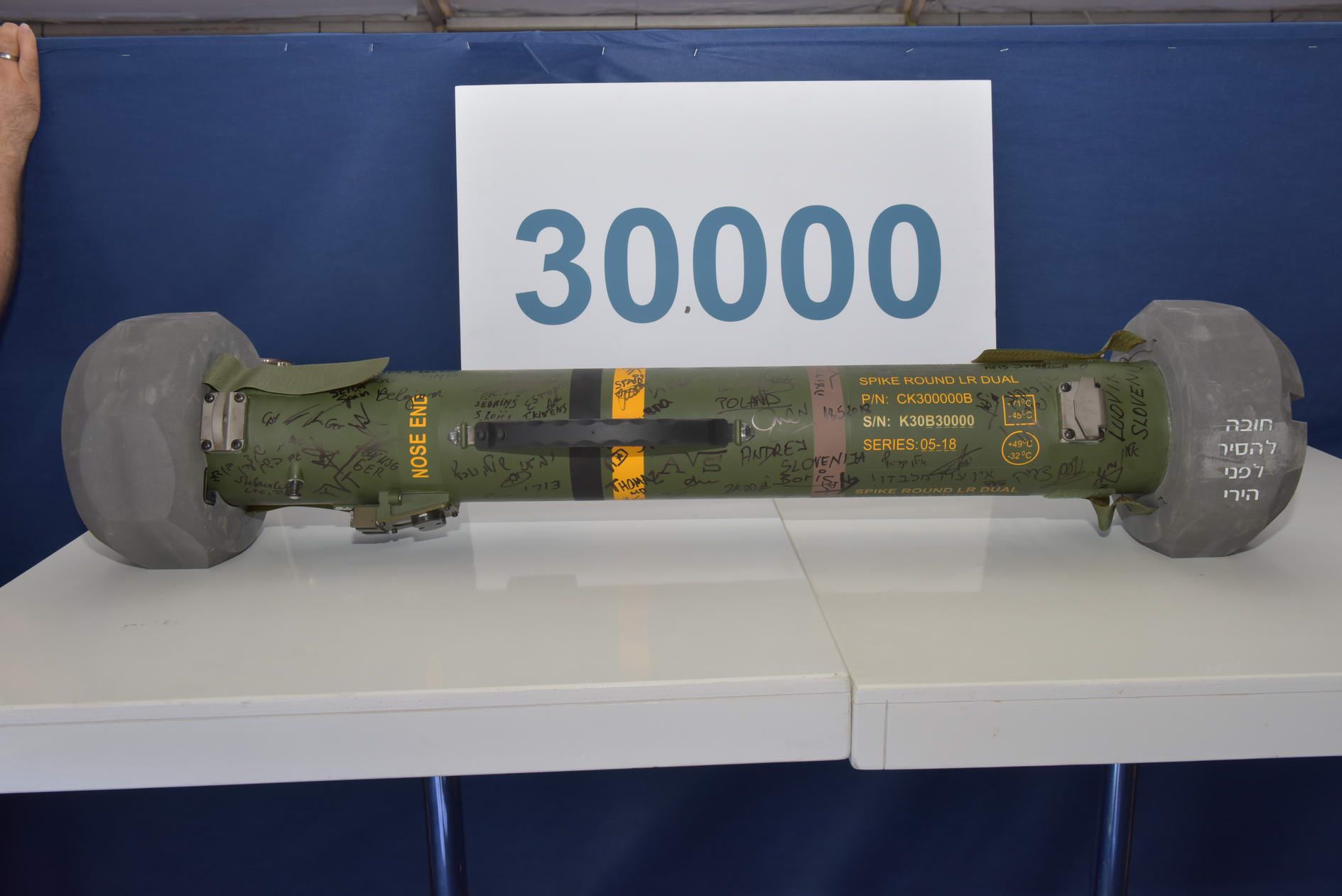