The Defense Acquisition Program Administration (DAPA) said in a 15 December statement that the military has started field operations with the 30mm short-range air-defence system, intended to gradually replace the 20mm M167 VULCAN Air Defense Systems (VADS) in South Korean service for over 40 years. DAPA noted the new SPAAG will gradually enter service with the Army, Air Force, and Marine Corps over the next 10 years.

It is unclear how many examples of the new system – based on the Hyundai Rotem K808 8×8 armoured vehicle – have been ordered, but DAPA revealed the SPAAG was developed in 2015-2019 under a KRW55 billion (€41.1 million) project. It is being mass-produced under a KRW250 billion contract awarded to Hanwha Defense last year.

The new SPAAG, which features a turret armed with a pair of stabilised and podded 30mm autocannon, has been designed to bolster the army’s capability to engage aerial targets at low altitudes and to provide mobile and localised air defence support for ground troops, says DAPA.

The agency noted the system is not only more accurate than VADS, but also that its range of over 3km is 160% more than that of its predecessor. Moreover, the new SPAAG, which is equipped with an EO/IR system enabling automatic day/night target tracking, reduces the number of military personnel required to operate anti-aircraft systems. For instance, DAPA pointed out only 18 personnel are required for company-level operations, compared with 48 for VADS.

South Korea also has plans to export the new system, which can be integrated into a wider air defence network.

Meanwhile, local company SNT Motiv announced on 15 December it had begun deliveries of new K16-series 7.62mm machineguns to the South Korean military, to replace M60 GPMGs, in service for decades. The move is part of a contract announced in July that will see three different variants of the weapon fielded: a ‘basic type’ (K-16), for use by infantry platoons; a ‘co-axial type’ (K16E), for mounting inside tanks or IFV turrets; and a pintle-mounted ‘crew type’ (K16D), for use on armoured vehicles, helicopters, and ships.

According to DAPA, all four South Korean services are expected to be fielding K16-series guns by 2024. The agency also stated the K16s, which are being supplied with thermal imagery scopes from local company EO System, will also replace the 5.65 mm K3 light machinegun. It noted that the new gun has twice the destructive power of the K3, is more reliable, and has a 30% greater operational range 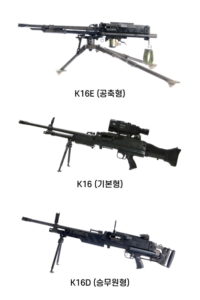 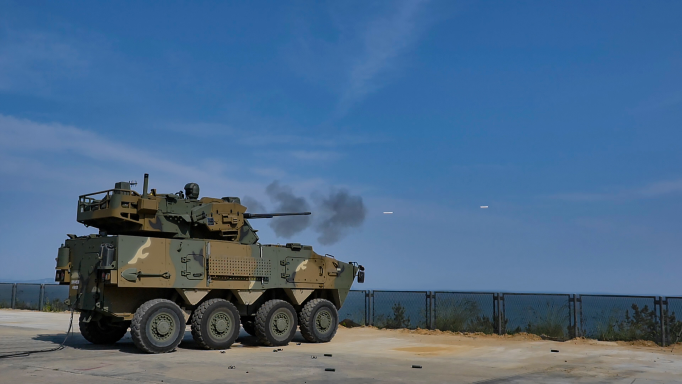 The new SPAAG is currently being manufactured by Hanwha Defense. (Photos via author)