South Korea intends to buy four more Phalanx close-in weapons systems (CIWS) to add to the two it requested from the US in late 2020 to equip a second batch of three Sejong Daewang (KDX III) class guided-missile destroyers for the Republic of Korea Navy (RoKN).

In a 21 January notification to Congress, the US Defense Security Cooperation Agency (DSCA) said Seoul has requested to procure four more MK 15 MOD 25 Phalanx Block 1B Baseline 2 (IB2) CIWS, along with AA20 and AA61 ammunition, spare parts, personnel training and contractor support.  Including the 2020 request to acquire two of these systems – along with 4,000 20mm armour-piercing incendiary rounds – via the Foreign Military Sales (FMS) programme, noted DSCA, means the total estimated sales value for all six Phalanx systems, has now increased to $129 million.

A keel-laying ceremony for the first of three KDX III Batch-II destroyers was held in October 2021 at Hyundai Heavy Industries (HHI) in Ulsan. This first vessel is set to be launched later this year and enter service by 2024. Each of the 8,100t Batch II destroyers is expected to be armed with two Phalanx CIWS.

Meanwhile, South Korea is working on its own CIWS: LIG Nex1 was selected in October 2021 to develop such a system by 2027, under the RoKN’s ‘CIWS-II’ programme.

The system, which will feature a 30mm Gatling-type gun, capable of firing 4,200rpm, an electro-optical targeting system, a tracking active electronically scanned-array (AESA) radar, and a non-rotating, four-faced AESA search radar, is meant for use on future RoKN warships. These include the service’s planned light aircraft carrier, as well as its FFX-III class guided-missile frigates, future KDDX guided-missile destroyers, and AGX-III ocean surveillance vessels. 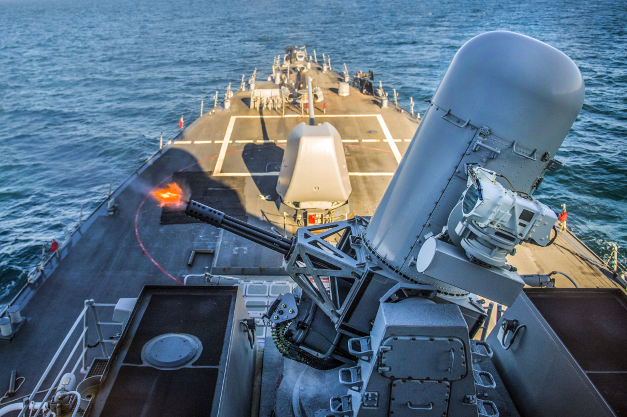 A Phalanx CIWS Installed on a USN warship. (US DoD)