The final boat of the first batch of submarines built under a WON3.09 trillion (€2.25 billion) project started in 2007, SIN CHAEHO follows sister vessels launched in 2018 and 2020, the first being commissioned in August this year: the class is considered to be the first featuring air-independent propulsion (AIP) and capable of firing SLBMs that has become operational – globally.

Scheduled for delivery to the RoKN in 2024, the SIN CHAEHO is 83.5m in length, has a complement of 50 and an endurance of up to 20 days submerged operations, according to official figures. Built by Hyundai Heavy Industries, approx. 76% of the boat’s components have been indigenously produced.

South Korea announced the successful test launch of its first indigenous SLBM earlier this month, from the DOSAHN AHN CHANG-HO. MON understands that the KSS-III Batch II, featuring a larger hull and a greater weapons capability, is already under construction. Announced intentions are for a class of nine submarines, in three separate batches. 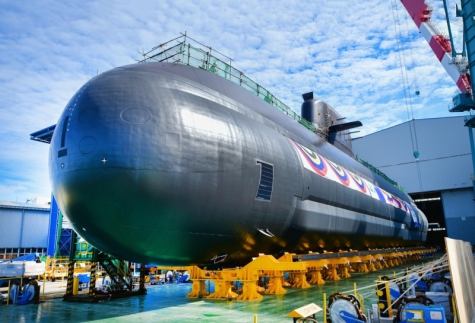