The Republic of Korea Air Force (RoKAF) has grounded its fleet of F-35A Lightning II multirole fighters after one of the aircraft suffered a landing gear malfunction during training, forcing the pilot to make an emergency belly landing. The incident marked the first known belly landing of an F-35A.

The incident took place on 4 January at Seosan AFB. Before the landing, the RoKAF used a fire engine to apply a special foam on the runway to minimise damage inflicted on the fifth-generation aircraft, according to the Yonhap News Agency.

The RoKAF, which last year received the last of the 40 F-35As ordered in September 2014, has decided to ground its F-35A fleet pending the results of an investigation into the cause of incident. The service declared initial operational capability for the F-35A in December 2019, and an order for 20 additional aircraft is expected to be placed this year.

The strike aircraft could give Seoul a strategic edge by being able to penetrate Pyongyang’s air defences, leaving it vulnerable to surgical air strikes. 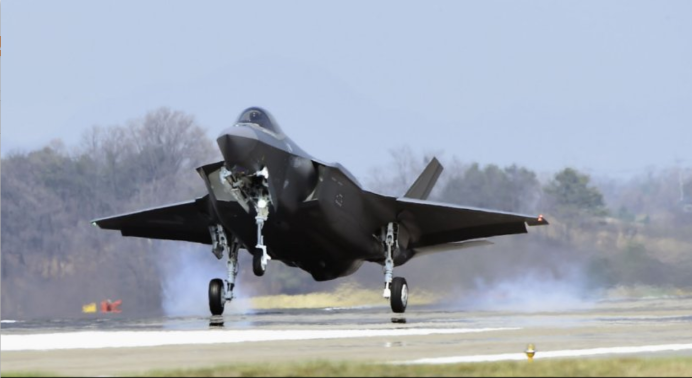