As part of efforts to bolster its air defences, South Korea announced on 10 May it has developed radar technology capable of not only detecting but also accurately tracking ballistic missile warheads.

The Agency for Defense Development (ADD) said the technology, developed locally between 2018-2022, can discern between the warheads of hostile missiles and other non-explosive missile parts, such as propellant canisters and debris, created after booster rocket separation. “In the case of separation, propellants and debris are separated from the missile body at high altitudes, and they are difficult to distinguish from the actual target as these objects often have the same trajectory as the warheads,” the Agency stated.

To overcome this, the new “warhead categorisation and radar resource management optimisation technology” measures the length of the objects to identify and classify the warhead, thus preventing the waste of valuable air defence resources. The ADD pointed out that this technology, intended to improve target detection and tracking performance of radars used in ballistic missile defence (BMD) systems, is not meant to be transferred to another country. “This is one of the technologies necessary for the country to conduct independent air defence operations amid growing ballistic missile threats,” it stated, adding that this achievement is also expected to “contribute greatly” to the performance of both current and future domestic BMD systems.

The announcement comes as neighbouring North Korea has continued its flurry of missile tests, launching on 7 May what appears to have been a SLBM, just three days after testing a possible ICBM. The launches came after Pyongyang held a night-time military parade on 25 April, in which it displayed several recently-tested missiles. North Korean leader Kim Jong-un threatened to take a more aggressive nuclear posture, warning that, while his country’s nuclear forces have a fundamental mission to deter war, they would also “decisively accomplish” their second mission should any aggressor “try to violate the fundamental interests of our state.” Kim’s statement followed remarks made by his sister, Kim Yo-jong, suggesting North Korea could use nuclear weapons to launch pre-emptive strikes.

Meanwhile, on 10 May, a new South Korean president took office, vowing to take a tougher stance against Pyongyang. President Yoon Suk-yeol has signalled a more confrontational approach towards North Korea, vowing to bolster his country’s defence alliance with Washington and strengthen South Korea’s own military capabilities to “completely deter any provocation” from North Korea.

Lee Jong-sup, the nominee to become South Korea’s next defence minister, has spoken of plans to enhance the country’s military capabilities “based on science and technology” to respond proactively to “threats from all directions.“ 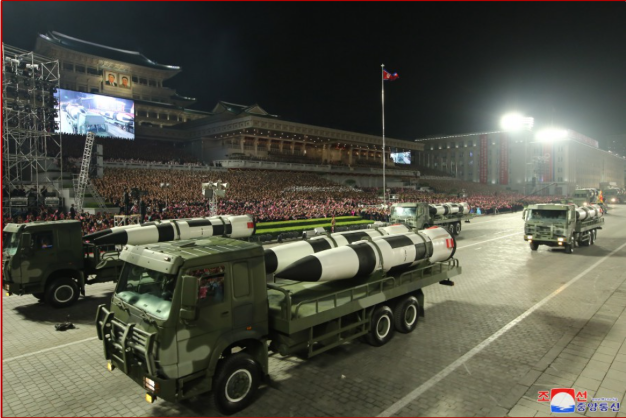